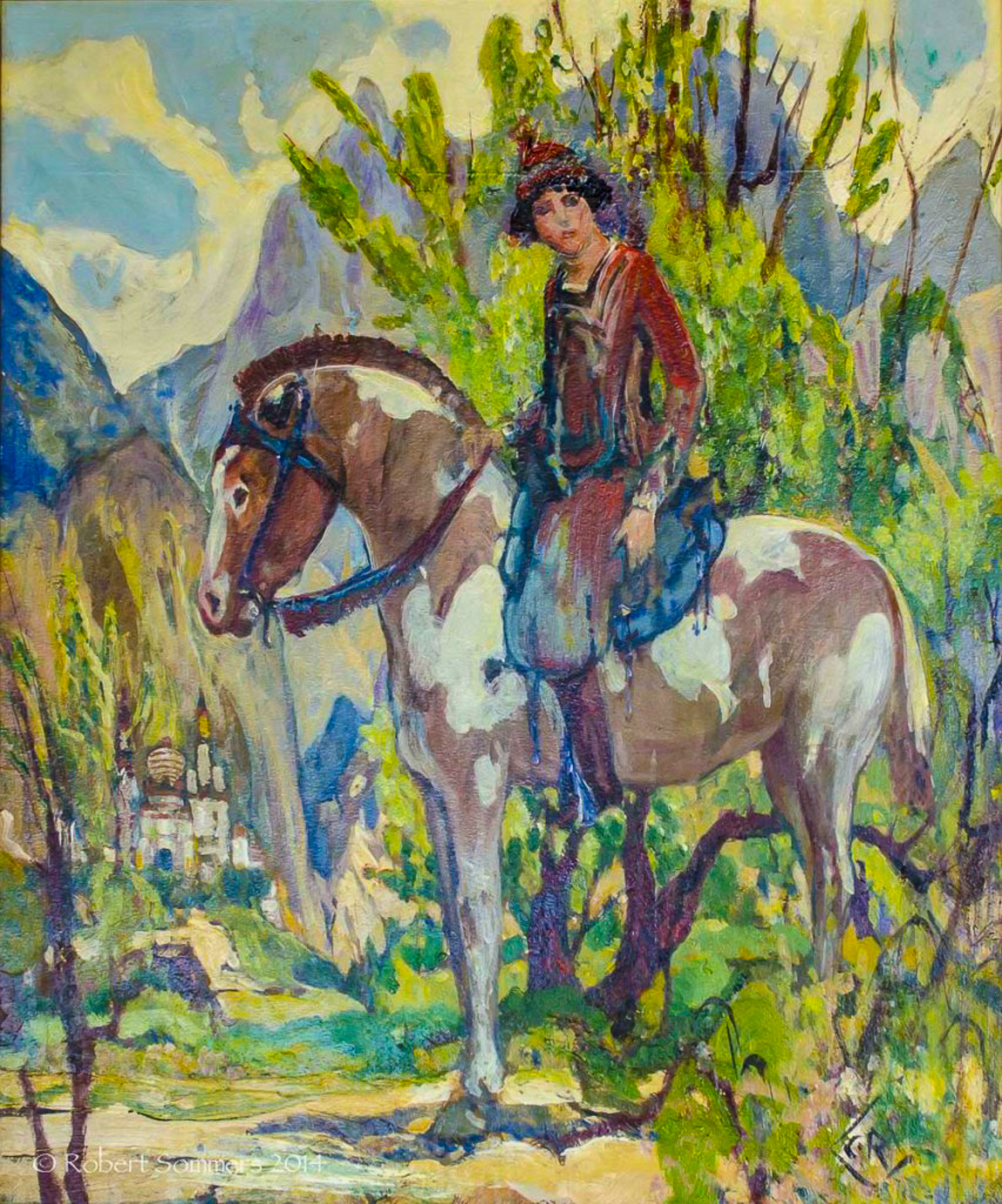 This painting came from the estate of John Forward, Palm Springs. Forward was the mayor San Diego in 1930. His wife, Martha Thompson Forward, was an excellent and competent artist and a Reiffel student. Family lore said that she suggested he paint the horse and rider after he had placed the background greenery. There is a small depiction of this scene in the large Reiffel mural in the San Diego History Center. I was told that there had been a further workup of this scene in a now demolished post office in La Jolla at one time. 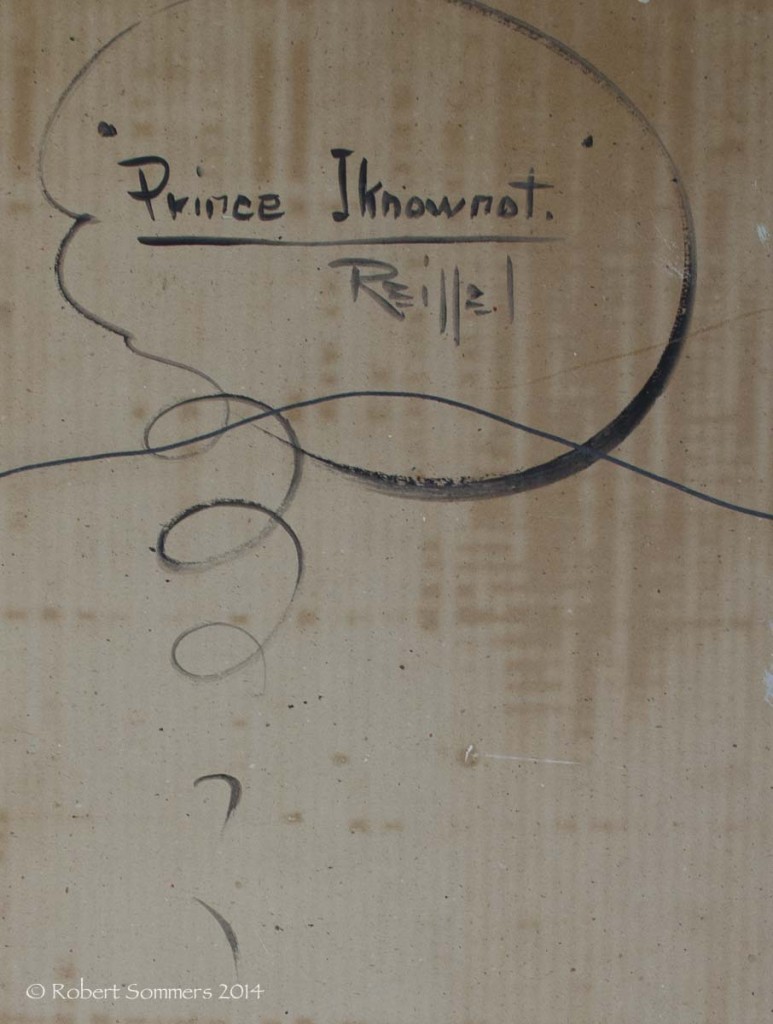 A modernist landscape painter and lithographer who became prominent in California, Charles Reiffel was born in Indianapolis, Indiana. Early in his career, he worked in Cincinnati for the Stowbridge Lithography Company.

He studied briefly with Carl Marr in Munich and, mainly self-taught, traveled for six years throughout Europe, sketching and studying in museums. He did commercial art in England and then worked as a lithographer in Buffalo, New York, and in 1912 in Silvermine, Connecticut where he purchased a home. About 1921, he abandoned lithography for easel painting. In Silvermine “Charles Reiffel was a member of the artist colony The Silvermine Group of Artists, “The Knockers” and first exhibited with them in 1913 (New Canaan, Norwalk & Wilton, CT). They would meet every Sunday in Solon Borglum’s barn and discuss their work. He was a founding Member of the Silvermine Guild in 1922 an Art school still in existence.” (Vollmer)

In 1925, Reiffel and his wife went to Southern California and were so taken with the countryside, they moved near San Diego. His landscapes of southern California brought him fame, and he also painted the Grand Canyon and other Southwest landscapes.