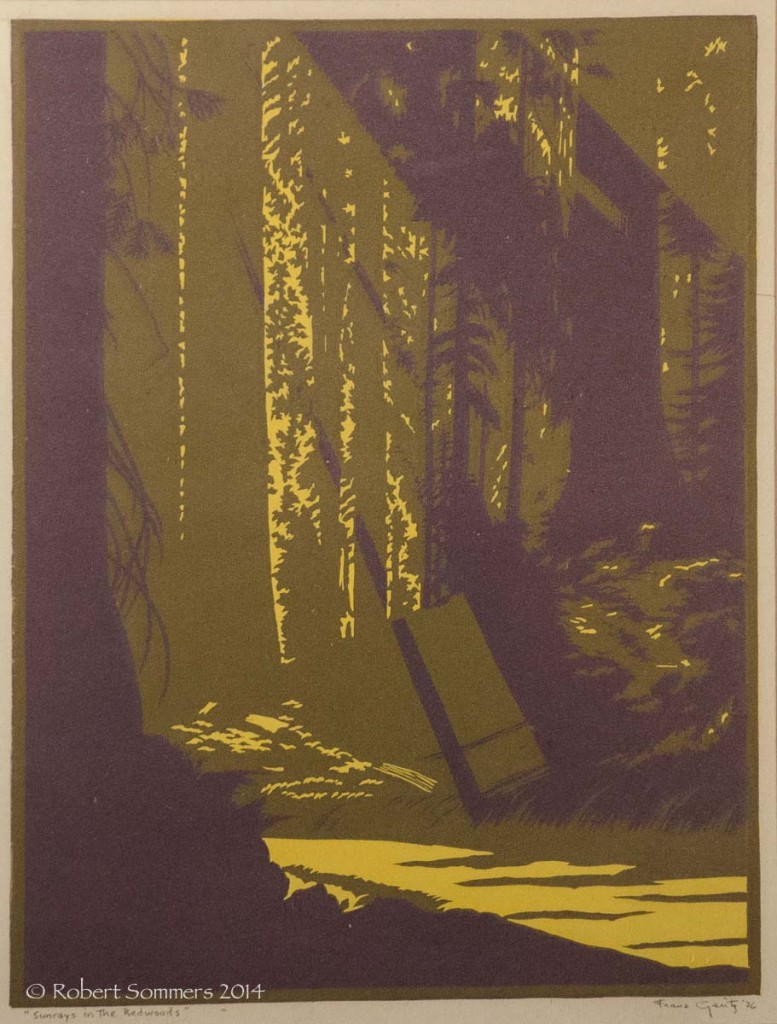 Franz Geritz came to the United States in 1909 from Budapest, Hungary.  After living for a short time in Chicago, Illinois he moved to Redlands, California.  He attended school at the California College of Arts and Crafts in Oakland during the 1920’s.

Upon completing his studies, Geritz taught a block printing class for the University of California Extension in Los Angeles.  Before his death in 1945, Gerlitz actively exhibited in Southern California.  He showed work at the Los Angeles County Museum of Art ( 1922, 1923, 1926), the San Diego Fine Arts Gallery and the Smithsonian Institute (1935).