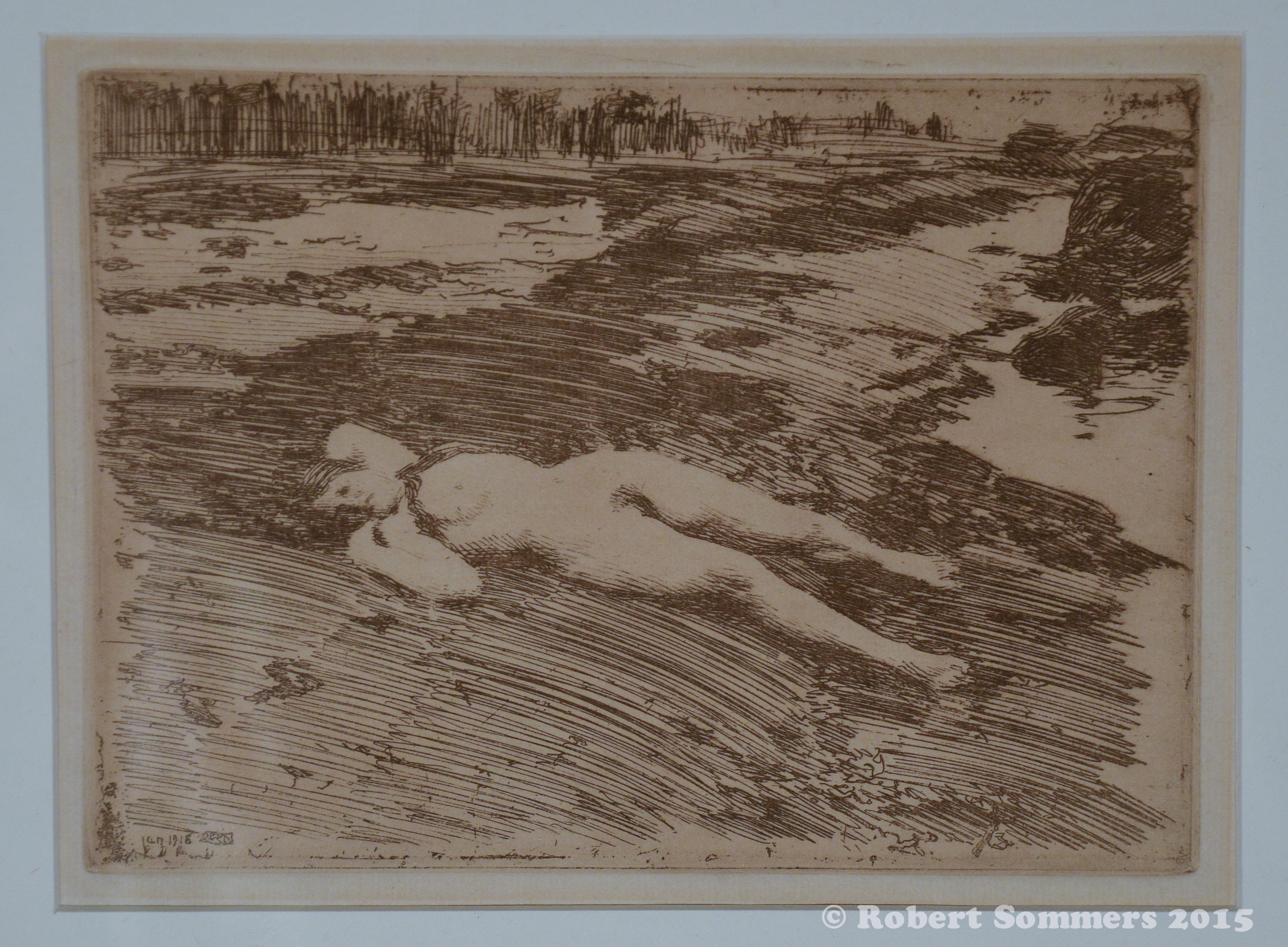 “Anders Zorn was born the 18 February, 1860 at Mora, in Dalame, the son of a brewer from Bavaria and a Dalecarlian woman. He was brought up as a peasant boy on the banks of Lake Siljan, and when but a small child gave evidence of his passion for art by carving wooden figures, which he colored with berry juice.

At the age of fifteen he went to Stockholm. Though he first studied sculpture at the Academy of Arts, it was as a watercolor painter that he made his initial mark. As early as 1881 he began to travel, spending considerable time in Spain, and later residing for some years in London.

During the nineties he passed no little time at his home in Mora, upon which he has lavished his most ardent love, but he has also resided in Paris and the United States, where his breezy freshness, his spirit and dash, his inimitable blending of rusticity and elegance, and the vigor and healthy sensuality of his line and stroke readily found both enthusiastic and discriminating admirers.

Zorn may sometimes be unconvincing in his painting, but when he does succeed, he conjures up reality itself, and gives his work a definite something which recalls Frans Hals, though Zorn never tried to learn from the masters of either the seventeenth or the eighteenth centuries.

Source:
Christian Brinton, the Catalogue for the 1912 -1913
EXHIBITION of CONTEMPORARY SCANDINAVIAN ART at
New York, Buffalo, Toledo, Chicago and Boston