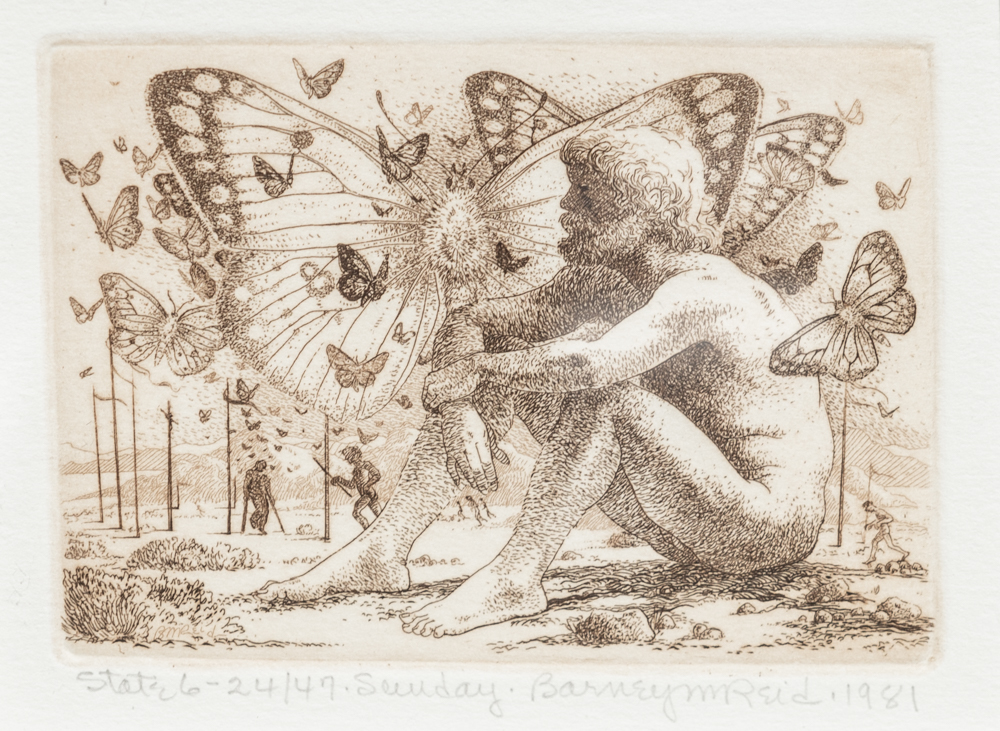 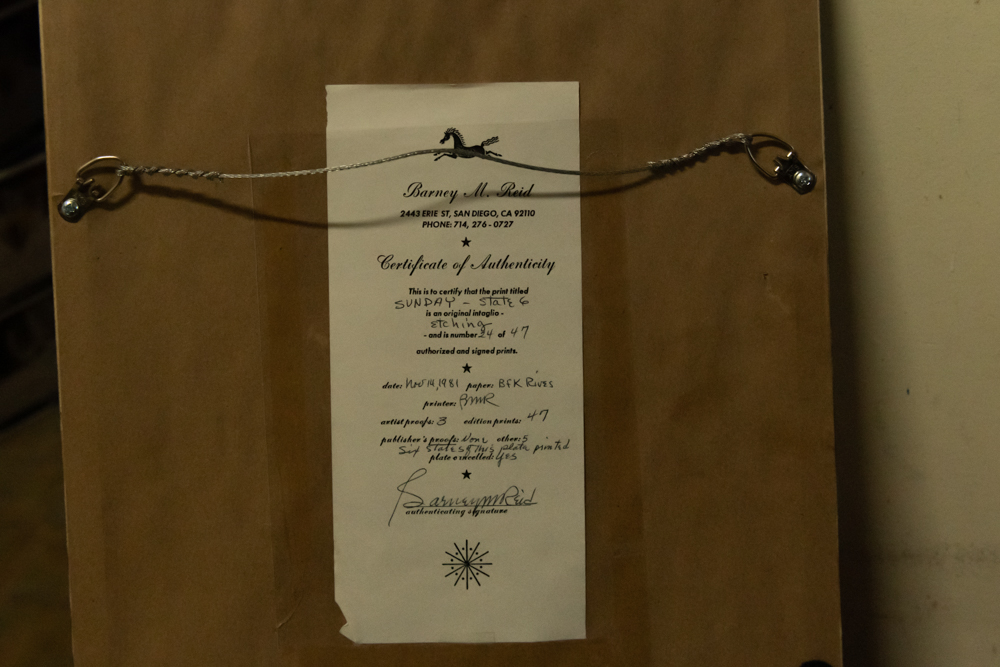 Born in Los Angeles, Barney Reid was raised in Yuma, Arizona. After undergraduate studies at Arizona State University in Tempe and at the University of California, Los Angeles, he pursued an MFA at the University of Iowa where he studied printmaking with Grant Wood. He taught art at Yuma High School before enlisting in the Army Air Corps during World War II. Upon release from the service, he taught art at Arizona State University from 1946 to 1949. He moved to San Diego in 1950 where he became, according to fellow artist Kay Whitcomb, the 13th member of the Allied Craftsmen of San Diego. This organization was founded in 1947 to promote cooperation among craftsmen and to encourage greater public interest in contemporary craft. Reid served as president of the organization in 1953.
A highly talented artist and designer with wide ranging skills, Barney Reid became fascinated with enamels after seeing an exhibition of Karl Drerup’s work at the San Diego Museum of Art in 1946. He acquired enameling supplies and taught himself to enamel because, according to Whitcomb: “in those days there were no classes, and limited equipment.” Reid’s beautifully composed, and brilliantly colored enamels owe much to the highly abstracted figurative and landscape images of the New Hampshire-based artist Karl Drerup. His colors and designs, however, reflect the luminous and sun-drenched atmosphere of Southern California.

A skilled graphic designer, Reid worked as the art director at the Naval Electronics Lab, Point Loma, San Diego from 1951 to 1969. During this time he was commissioned by the Lab to create two murals for their cafeteria. He also created a mural for the Port of San Diego.

In the 1950s and 1960s, Reid’s enamels were featured in several prominent exhibitions throughout the country including the prestigious annual Decorative Arts and Ceramics Exhibition at the Wichita Art Association in 1952, 1953 and 1954; Enamel: An Historic Survey to the Present Day, organized by the Cooper Union Museum for the Arts of Decoration in 1954; the seminal Enamels at New York’s Museum of Contemporary Crafts in 1959; and the Scripps Annual in Claremont, California in 1964. One of Reid’s most inventive works – an abstraction in which small enamel panels were mounted on a horizontal wood panel in a lively, interlocking composition – was featured in a 1957 article in Craft Horizons – the forerunner to American Craft – in an article titled Plaque Bouillabaisse.