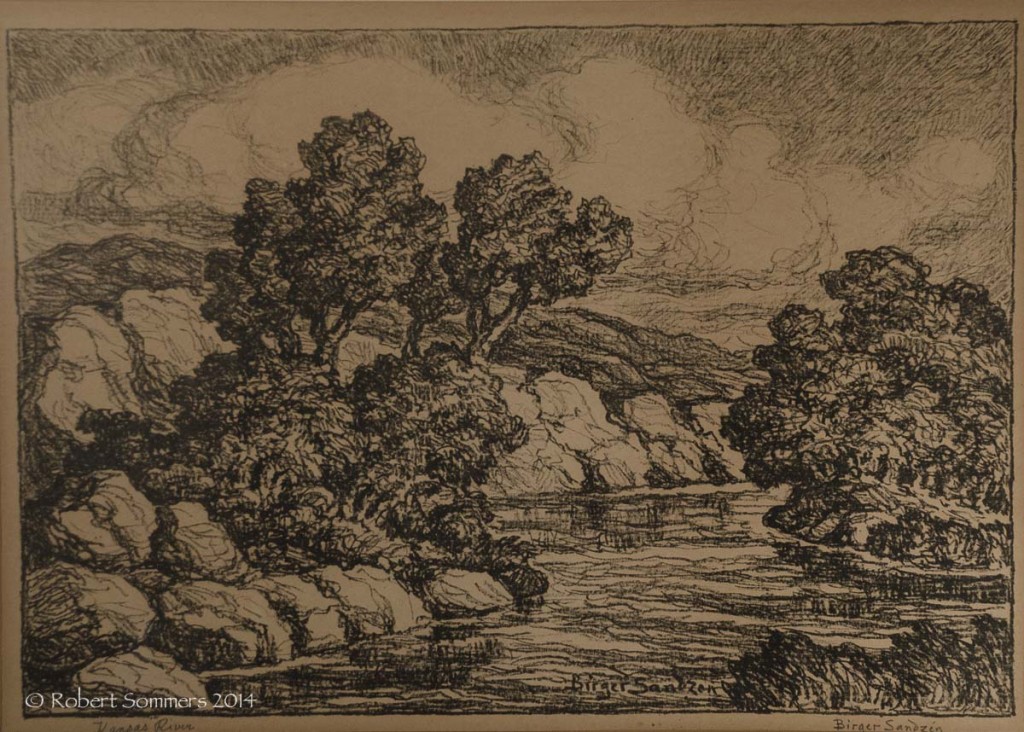 Born in Bildsberg, Sweden, Sven Sandzen had a long distinguished career as an art professor at Bethany College in Lindsborg, Kansas and as an impressionist landscape painter. His work evolved from Pointillism to a very personal style of bold color and with masses of paint, akin to that of Vincent Van Gogh and Fauve painters Paul Cezanne and Henri Matisse.

His early work was Tonalist in style in the manner of Scandinavian Romanticism, but after he began taking trips to Colorado, where he created many paintings of the Rocky Mountains, his work became much more Expressionist and Fauve or brightly colored.

He was the son of a Lutheran minister and received his art education in Europe, graduating in 1890 from the College of Skara in Sweden and then taking further study at the University of Lund. He was the pupil of Anders Zorn and studied painting at the Artists’ League of Stockholm and then with Aman-Jean in Paris.

In 1894, he emigrated to Kansas where until 1945 he was professor at Bethany College and from then until his death, professor emeritus. Not only did he paint in the West including Yellowstone National Park in 1930, he amassed a personal collection of over 500 western paintings and drawings.

At Bethany College, he organized the first exhibition of Swedish-American art held at that Swedish institution. The exhibit included paintings by himself and his colleagues. He was also active in the Swedish-American Society in Chicago.

In 1916, he first went to Colorado and in the mid 1920s, taught some classes at the Broadmore Hotel. He also taught at Denver College and at Utah State College. From 1918, he became a regular visitor to Santa Fe and Taos, New Mexico, and in 1922, exhibited with the Taos Society of Artists in New York.

During the Depression, he was a W.P.A. artist and was the author of a book titled With Brush and Pencil. “He was also a founding member of the Prairie Printmakers Society. In the 1930s, a handful of intaglio and block print artists from Wichita, Lawrence and El Dorado, Kansas met with Sandzen in his studio and under his direction created one of America’s most successful print societies”. (McCraw)