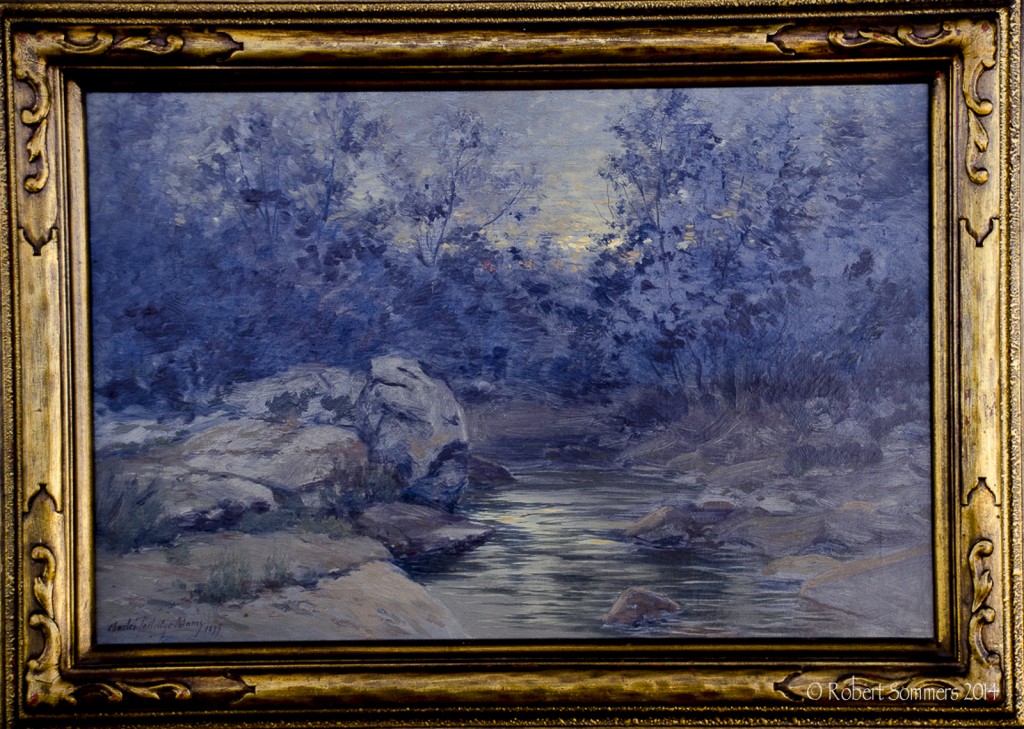 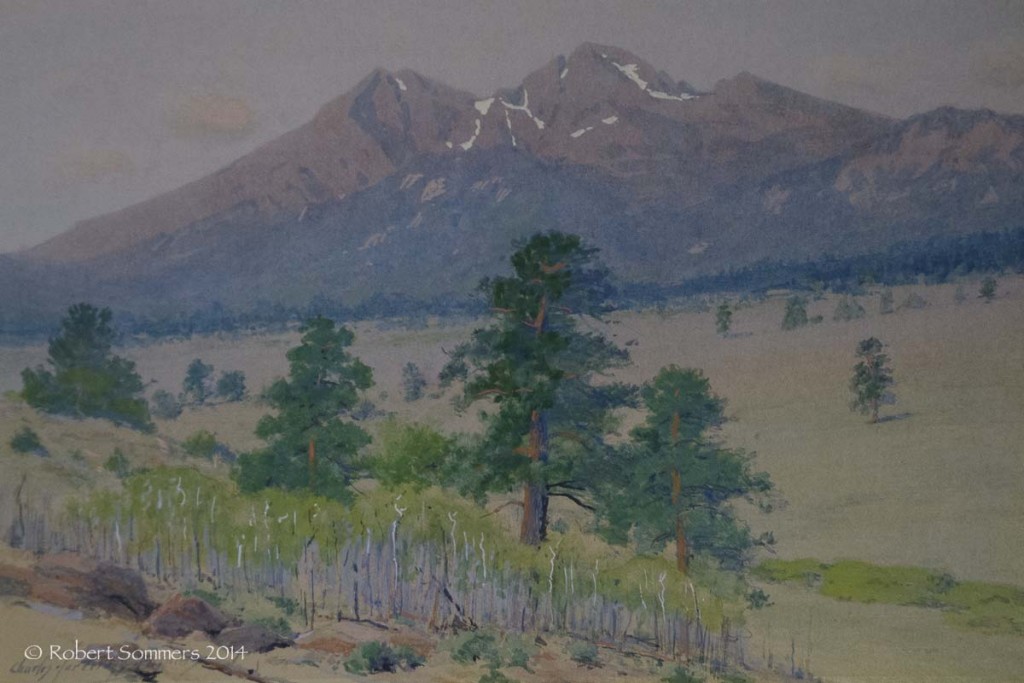 Born in Franklin, Massachusetts, Charles Partridge Adams moved with his mother and two sisters to Denver, Colorado in 1876 in an effort to cure the two girls who suffered from tuberculosis. In Denver, Adams found work at the Chain and Hardy Bookstore. He received his first, and only art training from the owner’s wife, Helen Chain. Mrs. Chain, a former pupil of George Inness, provided instruction and encouragement to the young artist and introduced him to other artists in the area including Alexander Phimister Proctor.

Proctor and Adams developed a friendship, and the pair embarked on a three-month camping trip in Egeria Park, Colorado. In addition to exploring, both artists did quite a bit of sketching on the trip. After their return to Denver, Adams and Proctor shared a studio for a short period of time before Proctor moved to New York. Adams remained in Denver and after a short stint as an art teacher, he studied wood engraving with Major J.M. Bagley. He quickly abandoned the engraving for health reasons and began working in crayon.

His business card read “Landscapes and Crayon Portraits” though he much preferred landscapes. The artist soon made a name for himself in Denver. He established a wealthy clientele that purchased a number of his paintings to decorate their homes and to give as Christmas gifts.

In 1890, Adams married Alida Joslin Reynolds and the couple honeymooned in Estes Park, Colorado. That same year, he exhibited for the first time at the National Academy of Design. Three years later, the artist opened his first studio on Larimer Street in Denver. He began working in watercolor and had success in the new medium selling his paintings in stores in Colorado Springs, Pueblo, Kansas City, and Chicago. Also in 1893, Adams became a charter member of the Denver Artists Club.

In 1905, the couple’s dream of living in Estes Park was realized when Adams completed construction on a home and studio there. Adams referred to the studio as “The Sketch Box” and the family summered there every year.

Though Adams is best known for his Colorado landscapes, he also painted in Yellowstone, the Tetons, the Canadian Rockies, the New Mexican Desert, and California. In 1914 the couple sailed to Europe where they spent five months touring. Three years later, Charles suffered from a near-fatal illness.

In 1920, Adams moved to California where he opened a studio first in Pasadena and later in Laguna Beach. He became a member of the Laguna Beach Artists Association and began painting marine subjects.