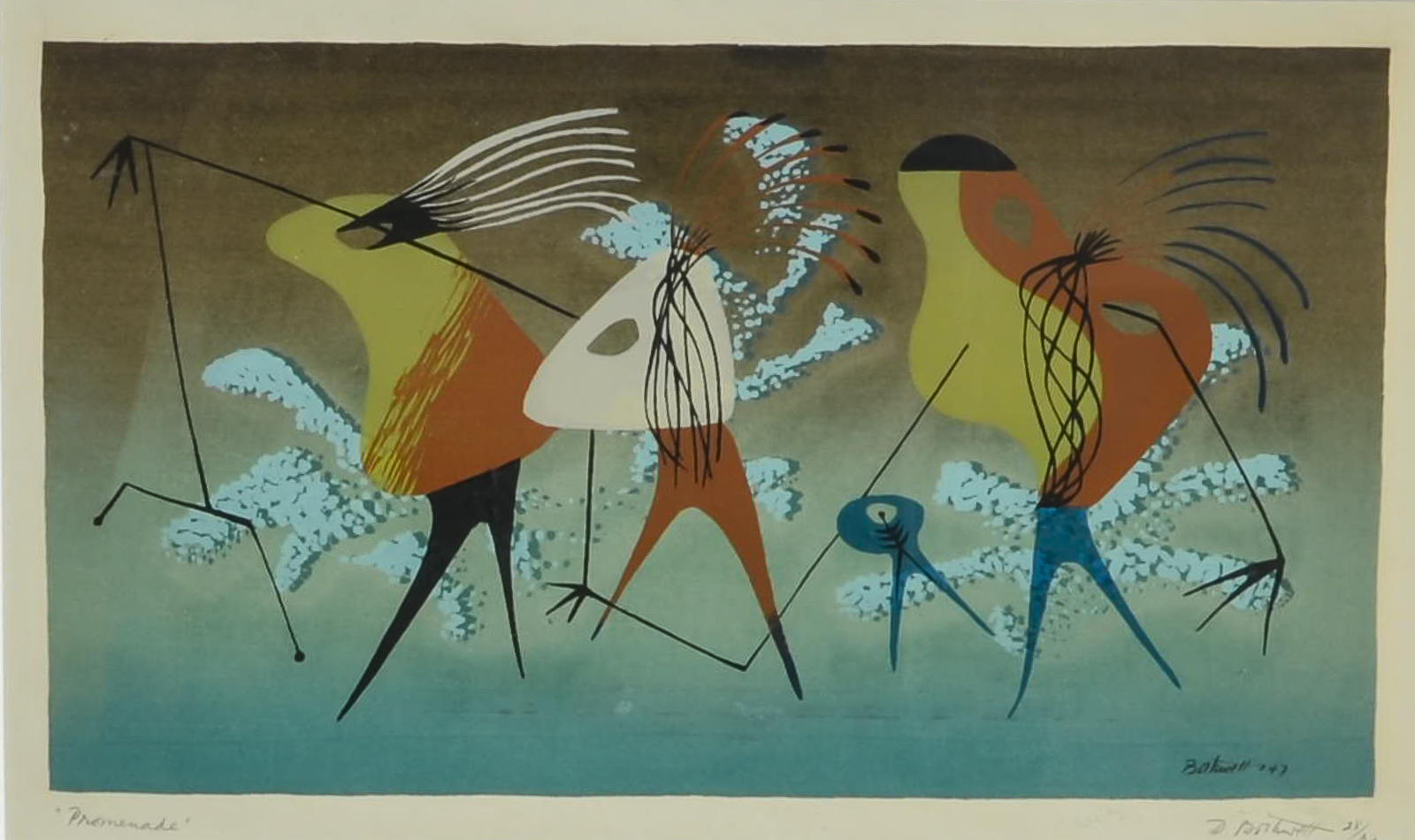 Doris Hodgson Bothwell was born in San Francisco, CA on May 3, 1902. She moved to San Diego in 1911 and became interested in art by association with her neighbors, Anna and Albert Valentien.

In 1921 she returned to San Francisco to study at the California School of Fine Arts and the Schaeffer School of Design, and continued at the University of Oregon. A trip to Samoa in 1928 inspired much of her future subject matter.

During the 1930s she was briefly married to sculptor Donal Hord. After teaching at the Parsons School of Design in NYC, she further studied in Paris. During the 1940s and 1950s she taught at the California School of Fine Arts (San Francisco). The latter part of her life was spent on the northern coast where she taught at the Mendocino Art Center.