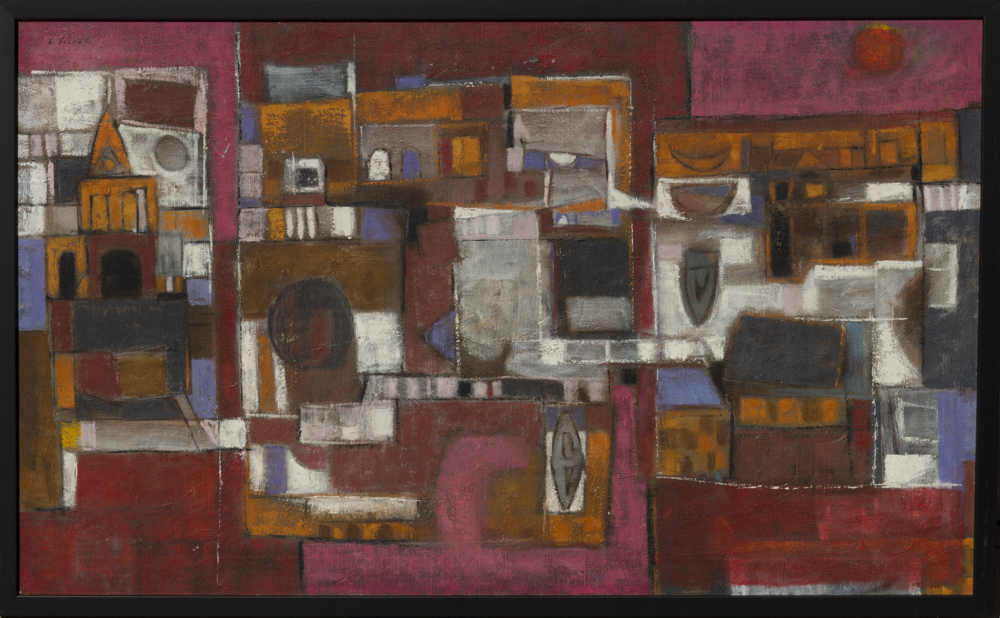 Ethel Fisher was a painter who lived in Pacific Palisades, California.
Ethel Fisher was born in Galveston, Texas in 1923. She studied art at the University of Houston, University of Texas, and Washington University in St. Louis, Missouri. After college, she moved to New York City and attended The Art Students League on scholarship from 1943-1946. In New York, she studied with painter Will Barnet, Morris Kantor, and Robert Beverly Hale, and befriended many people in the art world. She married Gene Fisher and their first daughter Sandra was born. Sandra also became a painter and later married artist R. B. Kitaj.
Fisher and her family moved to Miami in 1948 where her daughter Margaret was born. Upon her divorce, Fisher travelled in Europe for about a year before returning to New York City in the early 1960s, where she continued to paint and maintained 2 studios for her artwork. She married art historian Seymour Kott in 1963.
In 1970, Fisher and her husband moved to Pacific Palisades in Los Angeles, California. Throughout her career as a painter, Ethel Fisher has had solo and group exhibitions at galleries in Havana, Cuba; West Palm Beach, Florida; Atlanta, Georgia; New York City, New York; and San Francisco and Los Angeles, California. She has been the recipient of numerous awards and continues to paint. In 2003, Fisher had solo exhibit of portraits at Platt Gallery in Los Angeles.