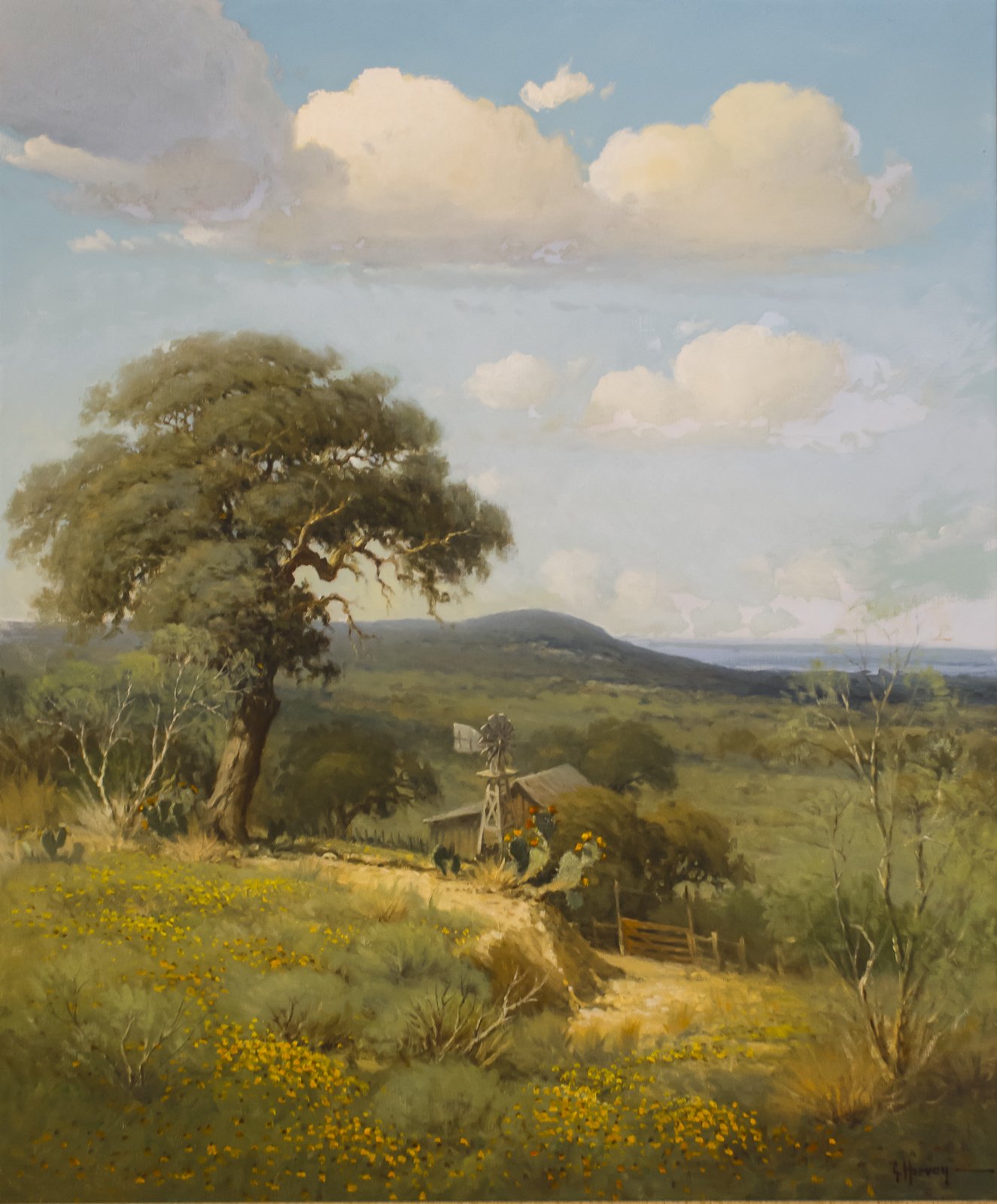 He grew up in the rugged hills north of San Antonio, Texas from where herds of longhorn cattle were once driven up dusty trails to the Kansas railheads. His grandfather was a trail boss at 18 and helped create an American legend for his grandson. So the American West is not only the artist’s inspiration but his birthright.

Harvey paints the spirit of America from its western hills and prairies to the commerce of its great cities. His original paintings and bronze sculptures are in the collections of major corporations, prestigious museums, the United States government, American presidents, governors, foreign leader and captains of industry.

The Smithsonian Institution chose Harvey to paint “The Smithsonian Dream,” commemorating its 150th Anniversary. The Christmas Pageant of Peace commissioned Harvey to create a painting celebrating this national event. He has been the recipient of innumerable awards and the subject of three books.

Today, G. Harvey lives in Fredericksburg, Texas, with his wife Pat in a 150-year old stone home built by German settlers. His studio and residence are nestled within the Historic District of Fredericksburg.