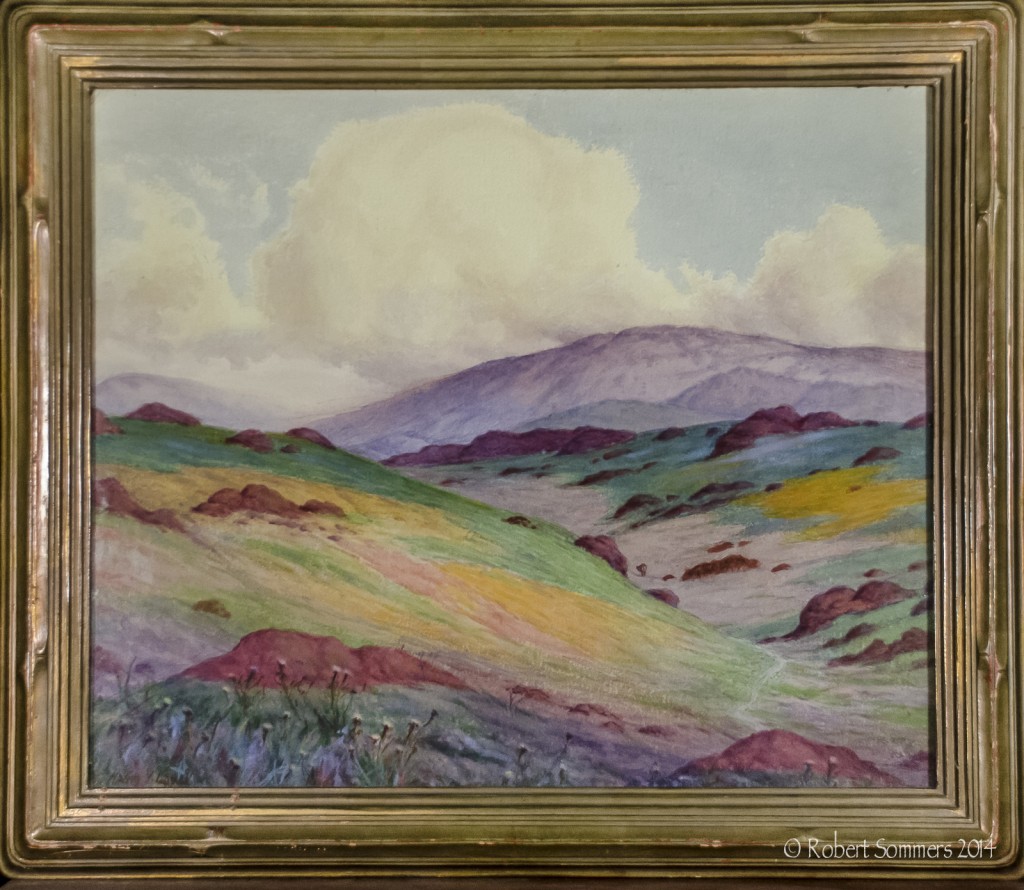 Had to have been a tough time to make a living as an artist, not that it is ever really easy. This piece is 20 x 24″ sight (not including the frame.) It has a wonderful early California feel and a very simpatico original carved and gilded frame. Price is very affordable at $1800. My thought is that it is central California, maybe the Tehachapis or the area near Tejon. Pre telephone pole and oil derrick.