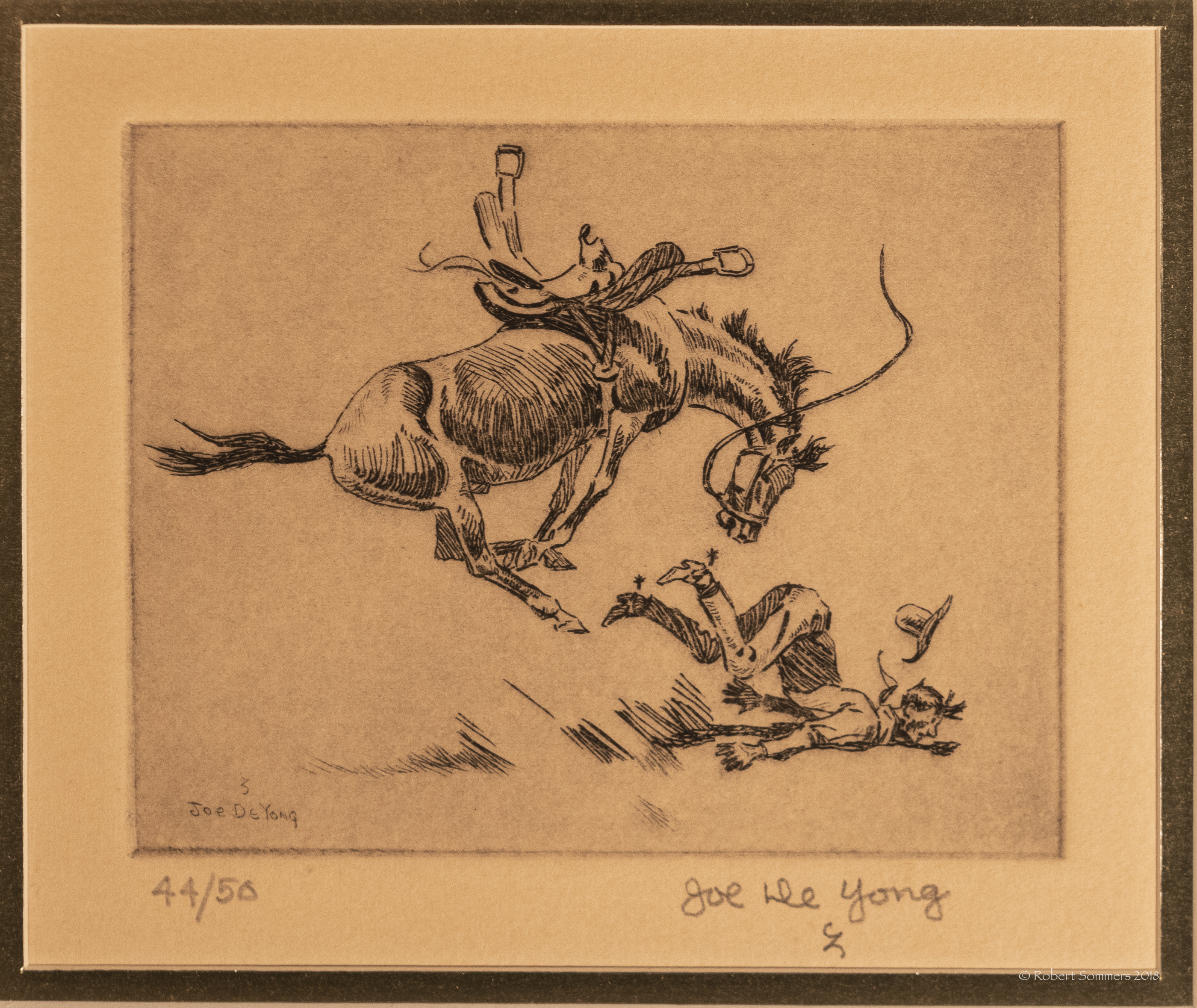 A painter and sculptor of Indian and western subjects, Joe De Yong was born in Webster Grove, Missouri, and was raised in Indian territory. As a teenager he learned fancy roping from Will Rogers and earned his living as a cowboy including working with Tom Mix in making westerns.

De Yong had deafness due to childhood spinal meningitis and became an expert at Indian sign language. As an artist, he was primarily self taught, and his greatest influence was Charles Russell during the time he worked in Russell’s studio from 1916 to 1926 in Montana. Russell and his wife became very close to De Yong and treated him like a member of the family, and after Russell’s death in 1926, De Yong became his “artistic heir and guardian of his creative legacy”. (Hassrick, 146).

Through the Russells, De Yong became friends with Howard Eaton, whose family had ranches in Yellowstone and Glacier National Parks, and because of this connection De Yong spent much time painting in these locations, going first to Yellowstone in 1920.

He later moved to California where he worked as a technical advisor in the movie industry and lived in Pasadena and Santa Barbara.