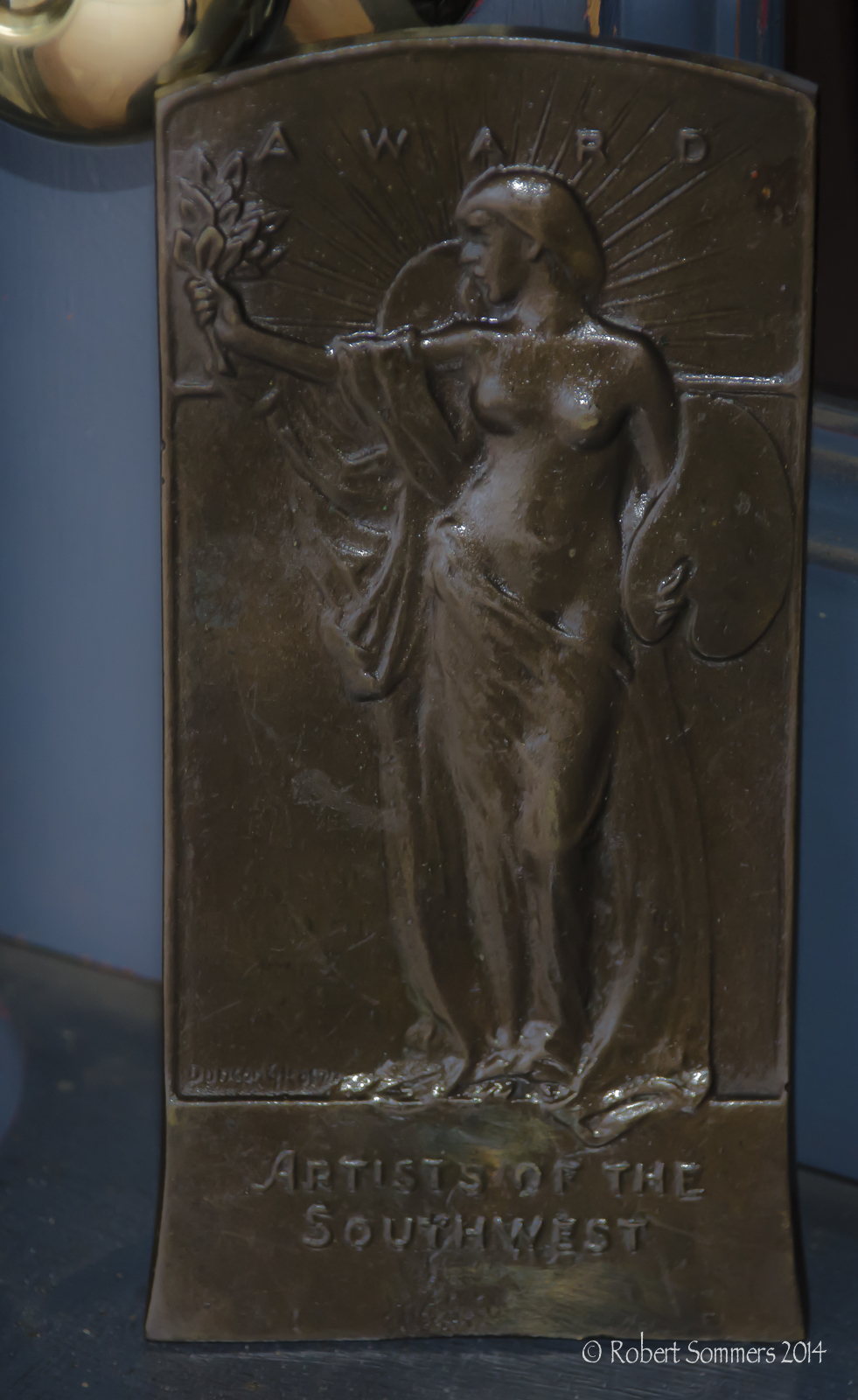 Joe Gleason was a native of California, born in Watsonville, in 1881.  He was known for his landscape and marine paintings of San Pedro Harbor on the California coast.  He also wrote and illustrated several books on California maritime history and worked for the scenic art department at Metro Goldwyn Mayer and Warner Brothers studios.

Gleason was raised in Los Angeles, California, and was working for the Union Engraving Company when he was only fourteen years old.  He was skilled at drawing and sketching and took his first art training at the University of Southern California as a pupil of Lees Judson. Gleason then moved north to San Francisco to attend the Mark Hopkins Institute of Art.  While going to school he worked for the Sunset Engraving Company as a commercial artist.

He studied in Chicago at the Art Institute of Chicago and from 1900 to 1901, took lessons from Frank DuMond at the Art Students League in New York City.  He supported himself as a commercial artist.

He stayed in New York for ten years before returning to Los Angeles in 1910.  He exhibited at the Los Angeles County Museum of Art (1924), the Arizona State Fair (1932), the California Palace of the Legion of Honor (1945) and the Golden Gate International Exposition (1939).  He painted murals in the Hotel Clark and for Gardena High School (Los Angeles).

When he wasn’t pursuing a career in art, Gleason was training as a championship gymnast.  He won the International Championships eleven times on the Rings.  Gleason was also an author and illustrator of two books he wrote about the California coast.  Later in life he worked for the MGM and Warner Brothers Studios in Los Angeles.