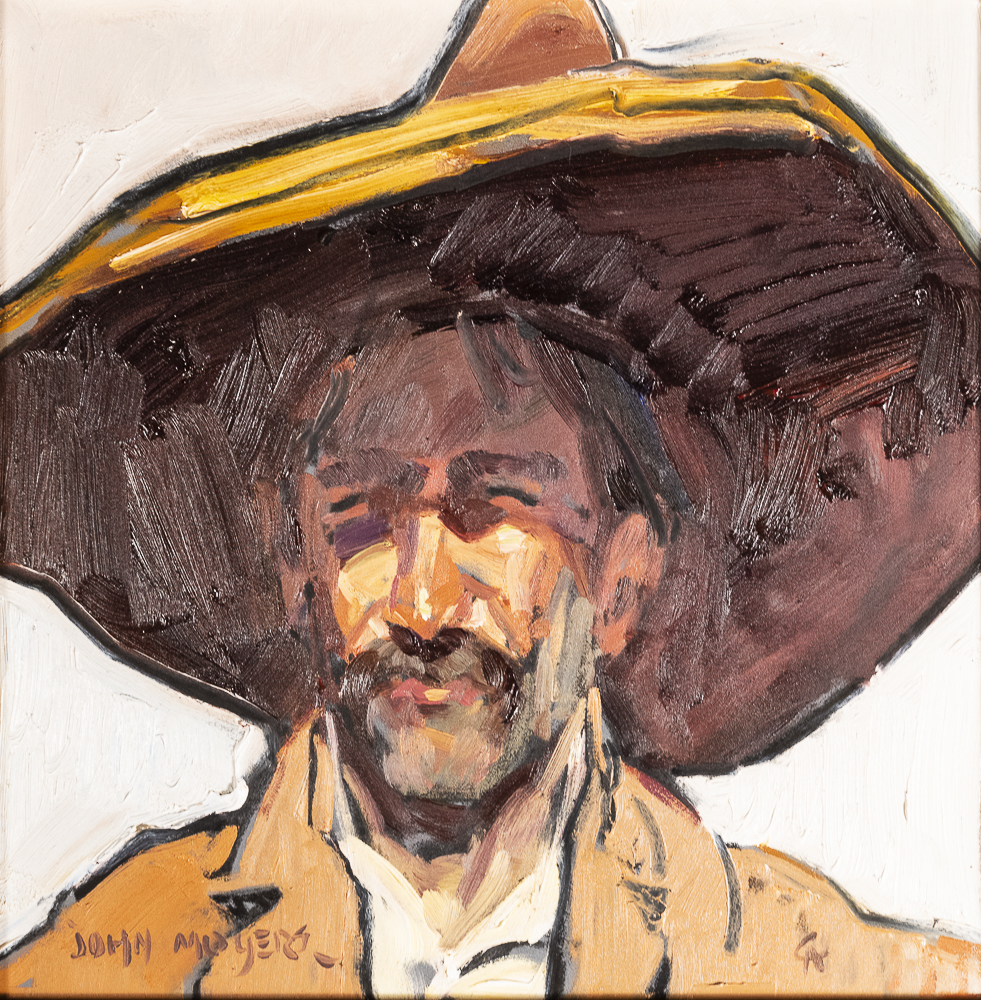 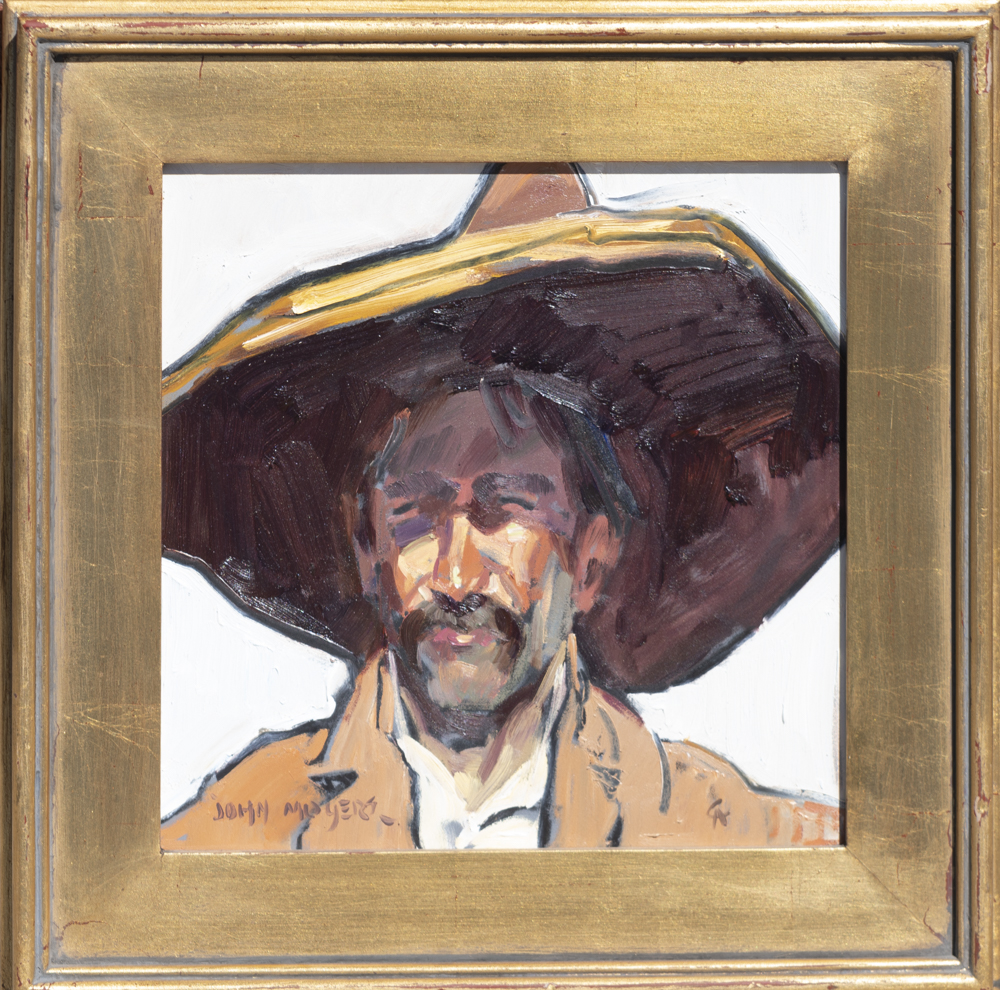 Born in Atlanta, Georgia, John was born to parents who later moved their family to Albuquerque, where he spent the greater portion of his childhood. As the son of Cowboy Artist of America member William Moyers, John was raised in a household that lived and breathed art. His parents were very supportive of his artistic ambition. “Art was all around me. Dad would go over my work and help me see the areas that needed improvement. I just grew up with art.”

John spent a memorable year at the Laguna Beach School of Art. Courses centered on life drawing, and he enrolled in both day and night classes. Next he attended the California Institute for the Arts, with the help of a Walt Disney Studios scholarship. Classes were on animation techniques. “Even though I never went into that field,” he explains, “I really grew from the experience. They had such great instructors.”

CA artist Robert Lougheed invited him to paint wild animals at the Oklahoma Game farm in British Columbia. It was there, in 1979, that Moyers met Terri Kelly, also an artist. They were married in 1982.

On October 9, 1994, Moyers joined the Cowboy Artists of America. In 2002, John was awarded the CA Show’s Gold Medal for oil painting and was honored by a vote of the entire CAA membership with the Cowboy Artists of America Award for best overall for his exemplary artworks in the Exhibition. He was honored at the 2003 CA Show with a Gold Medal and the Kieckhefer Award for his oil painting Gathering Storm.