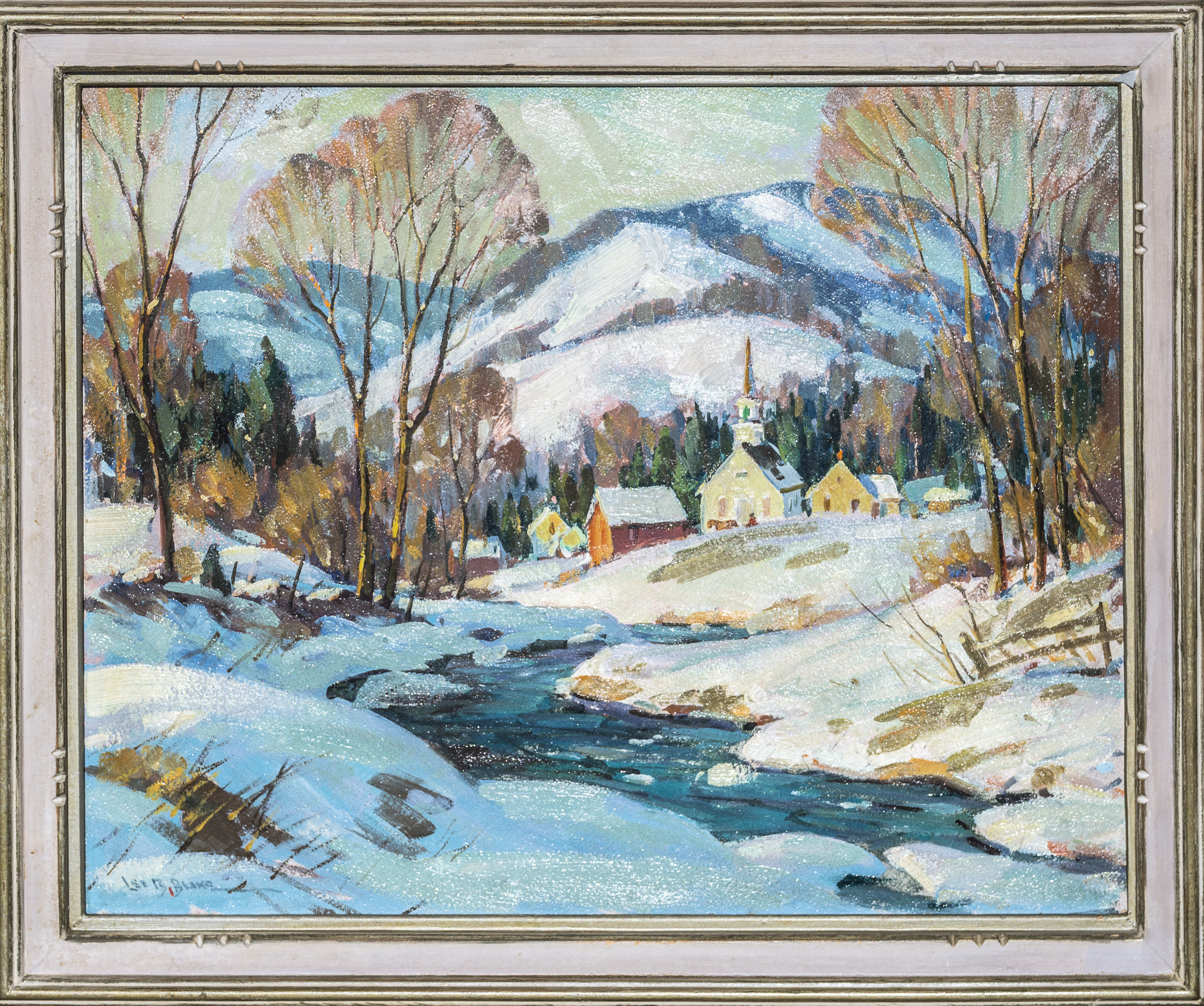 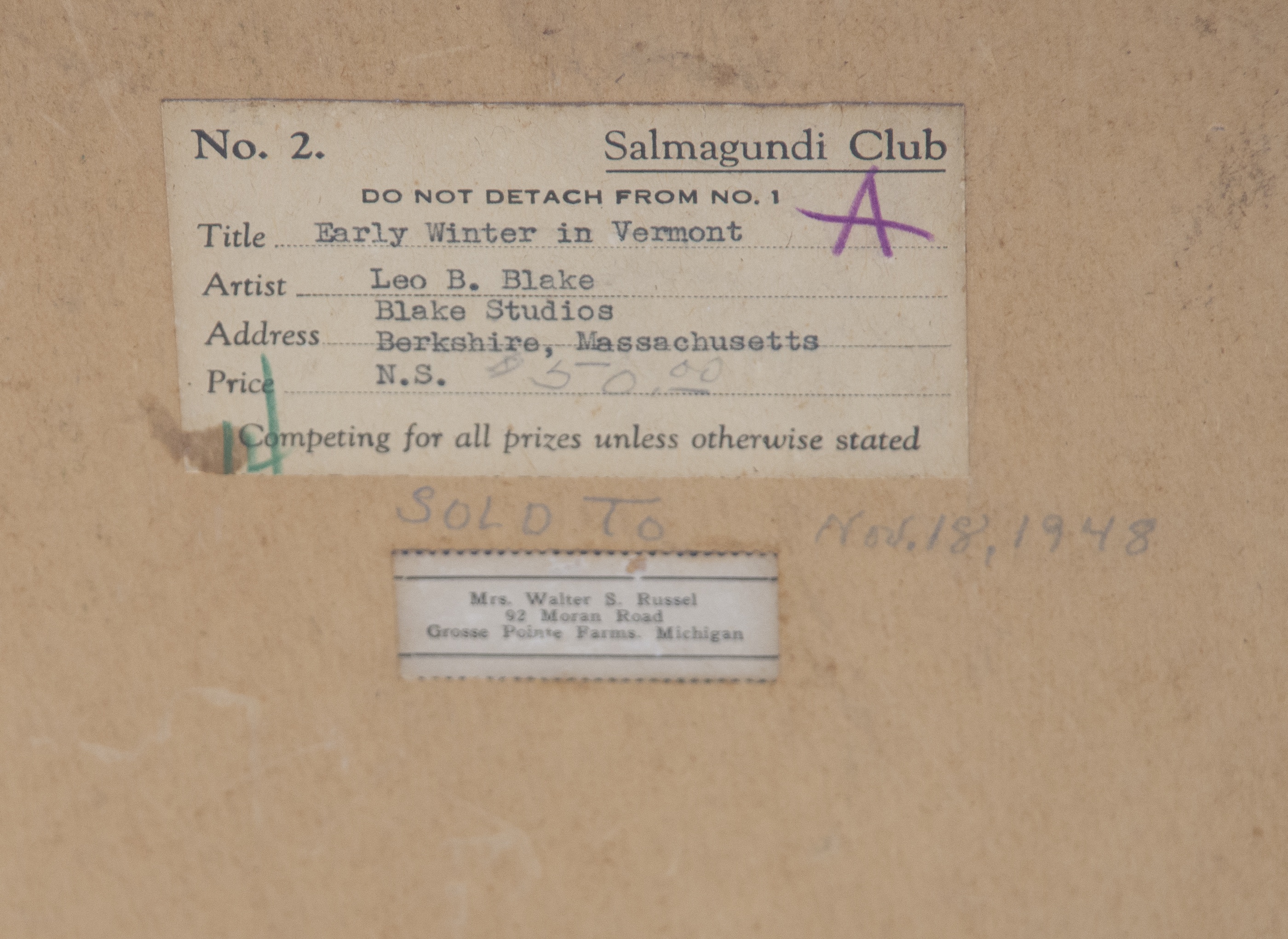 Leo B. Blake received a thorough education in art at the Art Institute of Chicago where he was a student from 1908 to 1912. His instructors at this time included such notables as J.H. Vanderpoel, Alphonse Mucha, Allen Philbrick, W.J. Reynolds, Antonin Sterba, and F. DeForrest Schook. He also received special training under Mathis Alten, Birge Harrison, Conway Peyton and Alfred East. While at the Institute, he was honored with two scholarships in 1910 and 1911.

After emerging from the Art Institute of Chicago, Blake began his career in illustration and commercial art and continued his residence in the Mid-West until he decided to break away and work as a free lance painter according to his own ideas and preferences. He set up a permanent studio in the Berkshires in 1933. Blake spent the rest of his career depicting landscape and seasonal changes around New England.

Blake’s work is represented in the permanent collections of the Illinois State Museum, Mechanics Institute of the Rochester Institute of Technology and the Berkshire Museum, Pittsfield, Mass.