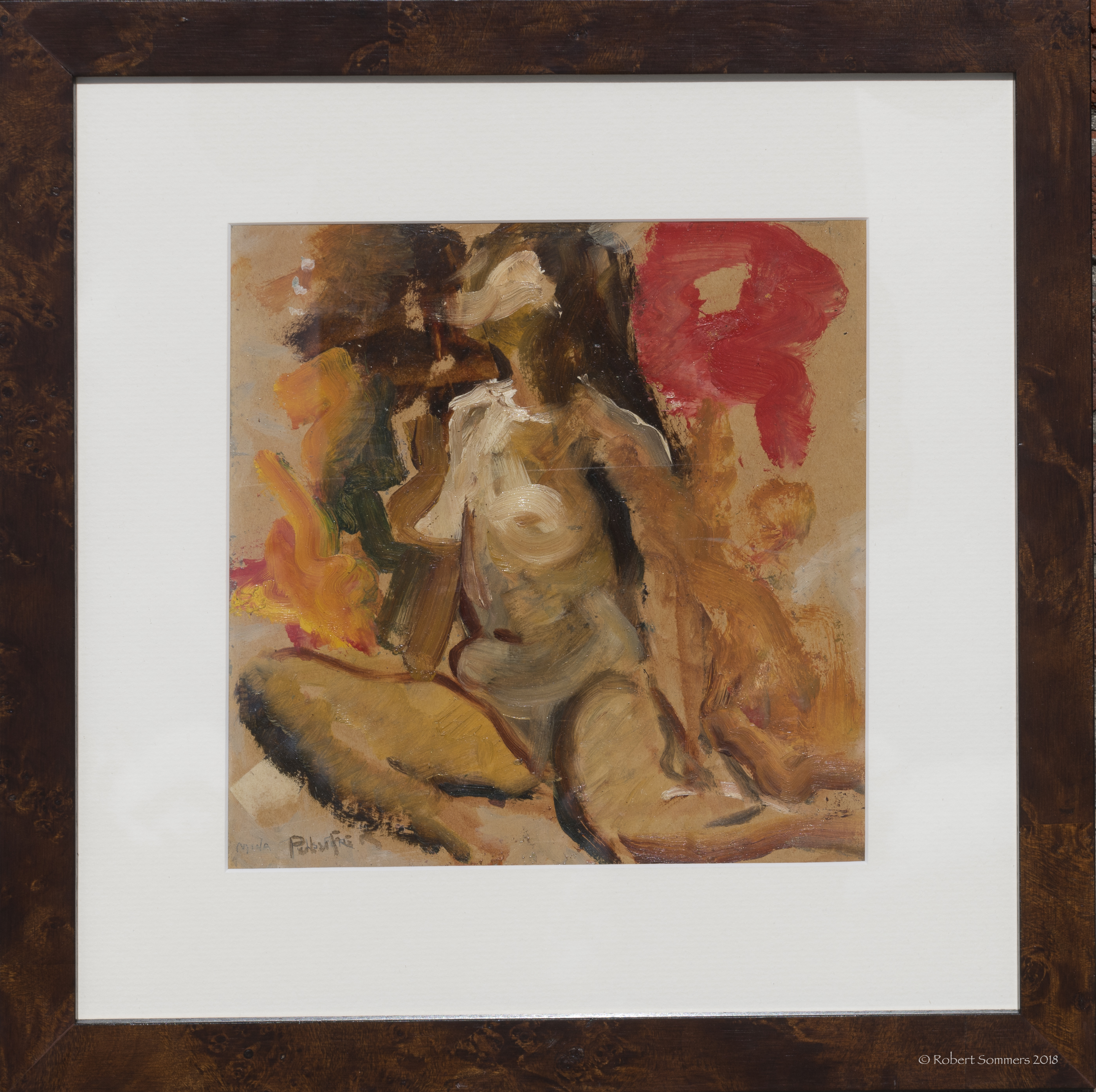 From AskArt: Wilhelmina “Mina” Schutz Pulsifer was born August 3, 1899 in Leavenworth, Kansas. She was a graduate of St. Mary’s Academy in Leavenworth and attended the Kansas City Art Institute. Moved to San Diego, CA in 1924 and studied at the San Diego Academy of Fine Arts under Eugene de Vol and Otto Schneider. Also took art lessons from Nicolai Fechin and Frederick Taubes. Took up printmaking in the 1940s. Her painting style changed with the times from Regionalist scenes of the 1930s and 1940s to Expressionism in the 1950s, and figurative abstracts in the 1960s. During the 1960s she taught at the San Diego Art Guild and continued to
exhibit into the 1970s.