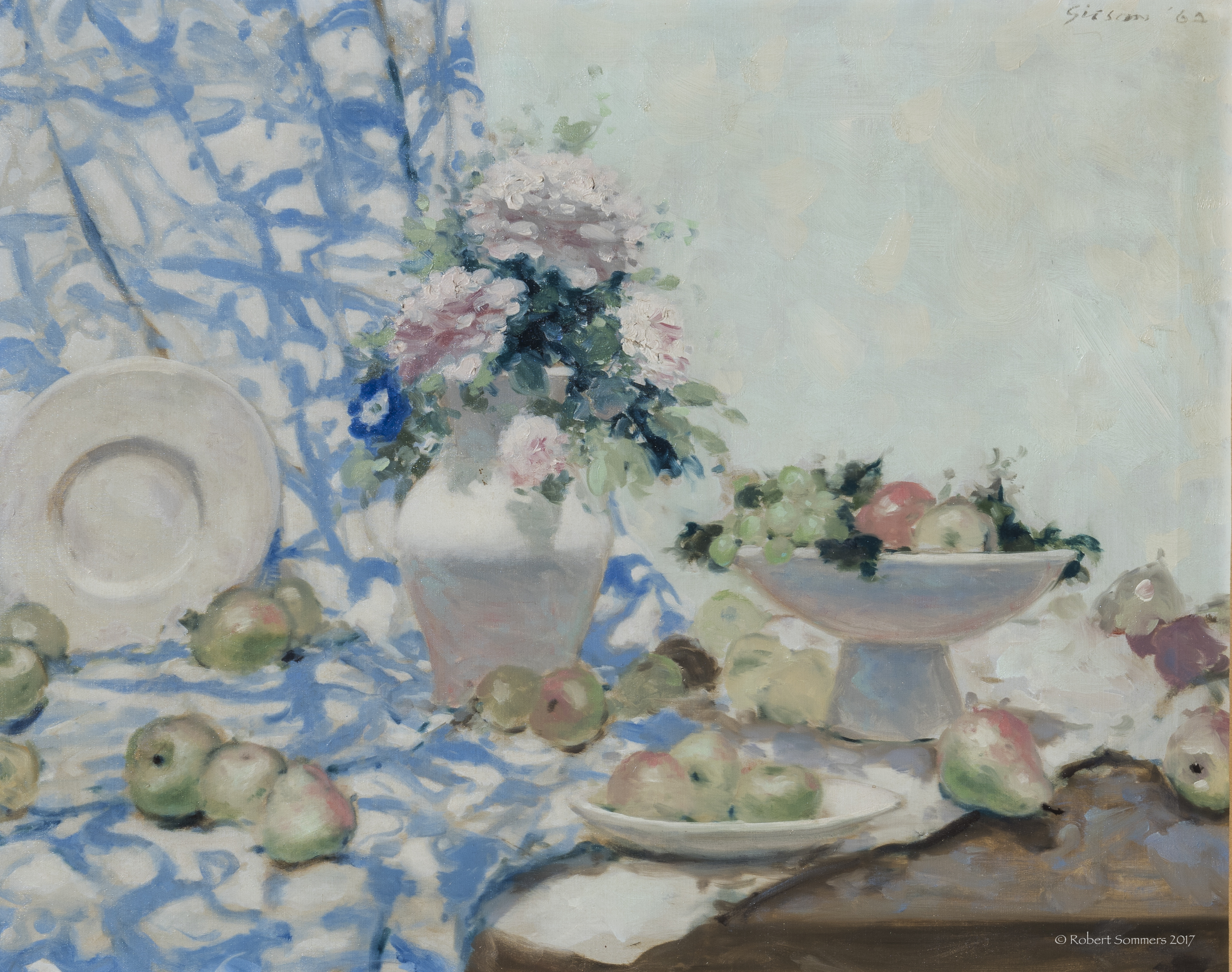 Many sources cite Andre Gisson as a French painter, but in fact he was a struggling painter in New York City who decided to enhance his reputation by claiming he was French and born earlier (1910) to be more closely aligned with the founders of the Impressionist movement. His real name, according to his son-in-law, Anthony Winston, was Anders Gittelson.

Following is an obituary of the artist from the New York Times Classifieds, 8/24/2003:

GITTELSON–Anders. A leading American Realist painter, he died on July 28 in Atlanta after a long illness. He was 81. Gittelson, whose brush name was Gisson, was born in 1921 in Brooklyn. He graduated from the Pratt Institute and was a Captain in the Army during World War II. Over four decades, his one-man shows extended from New York, Washington, Texas and California to London, Paris and Tokyo.

His work is in the collections of the Smithsonian Institution and the Triton Museum of Art, in North Carolina. Among his private collectors were President Lyndon B. Johnson and W. Somerset Maugham. He lived and worked in Westport, Connecticut for 25 years prior to his illness. He was pre-deceased by his sons Glen and David Gittelson and survived by his daughter Cathy Gittelson Winston of Atlanta and his stepchildren Gwen Pier of New York, Bruce Graham of Fairfield, Conn., and Eric Putzig of Bali, Indonesia.

Source:
Peter Falk, Who Was Who in American Art
Anthony Winston, October 2003