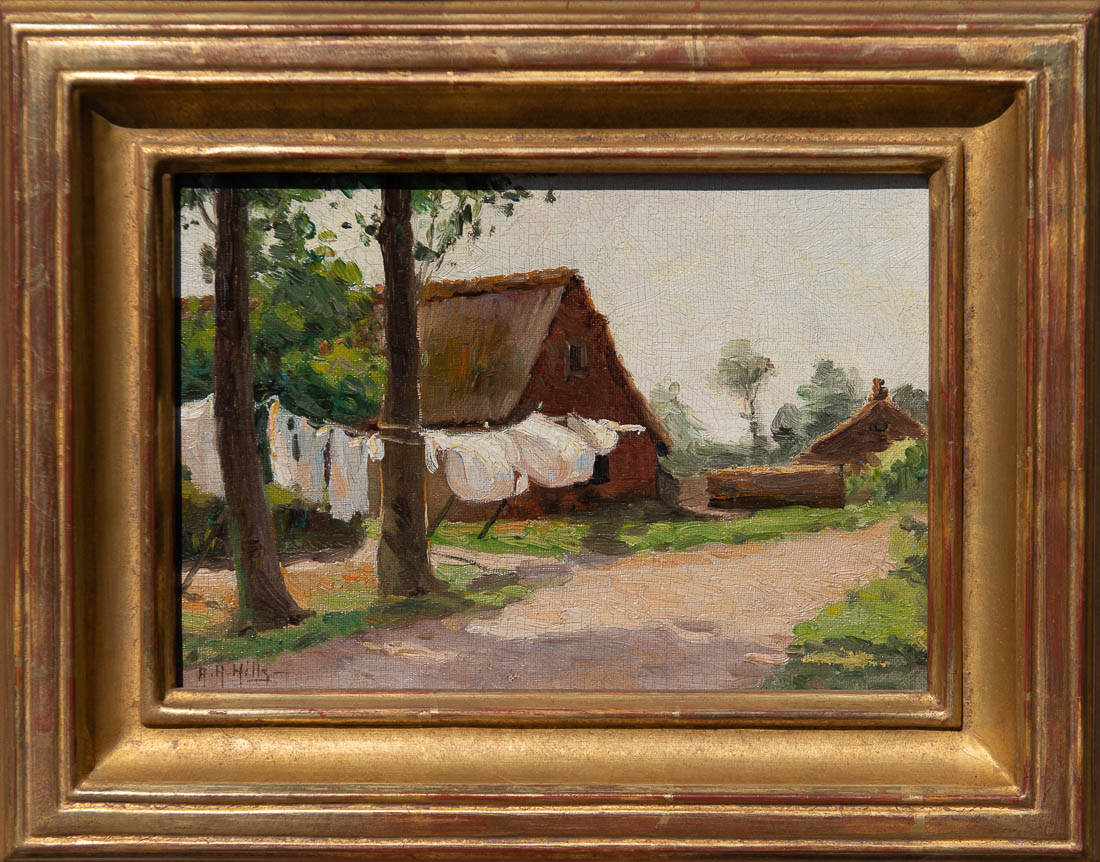 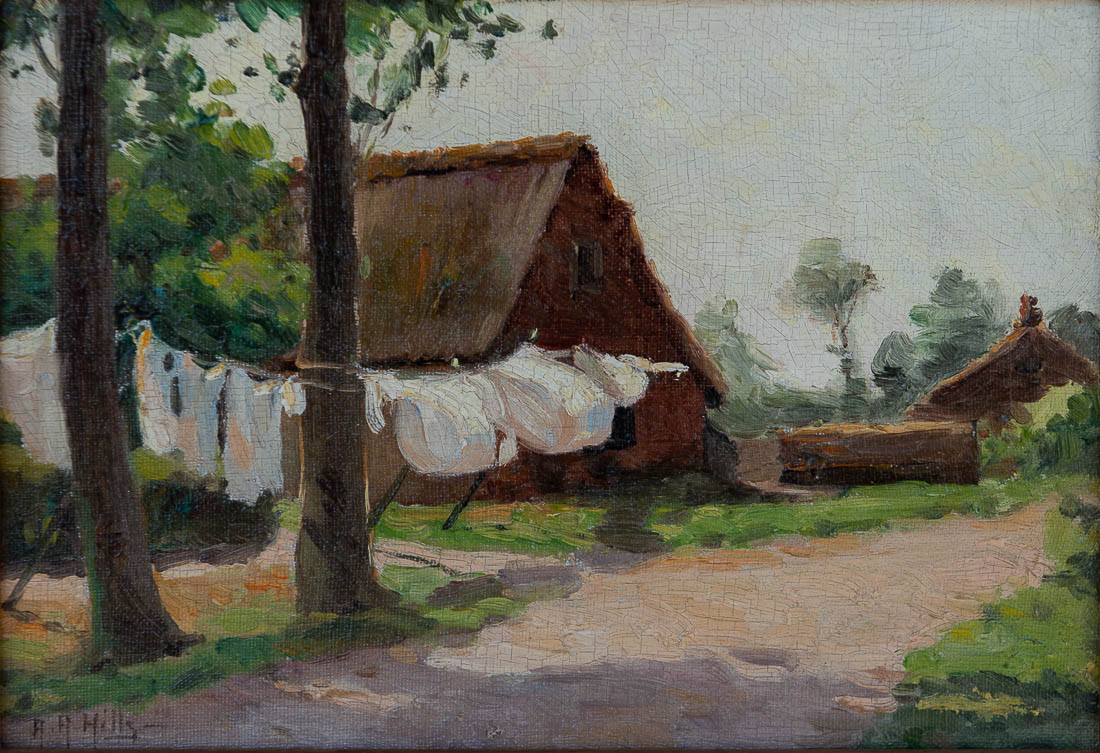 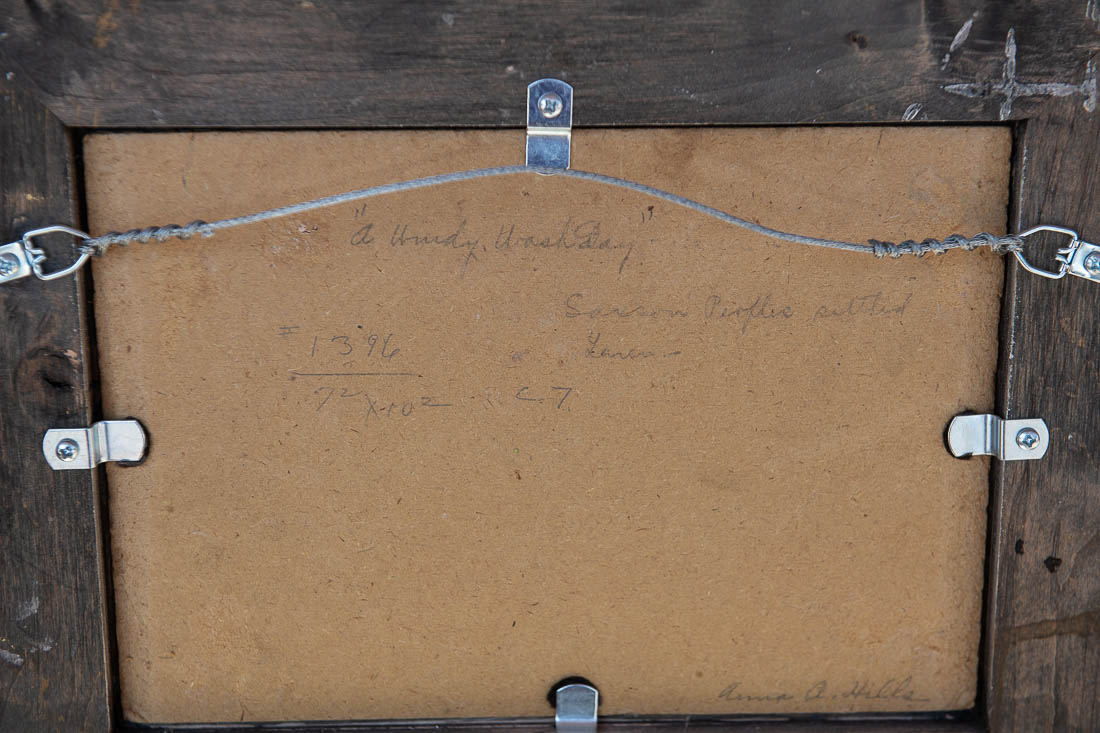 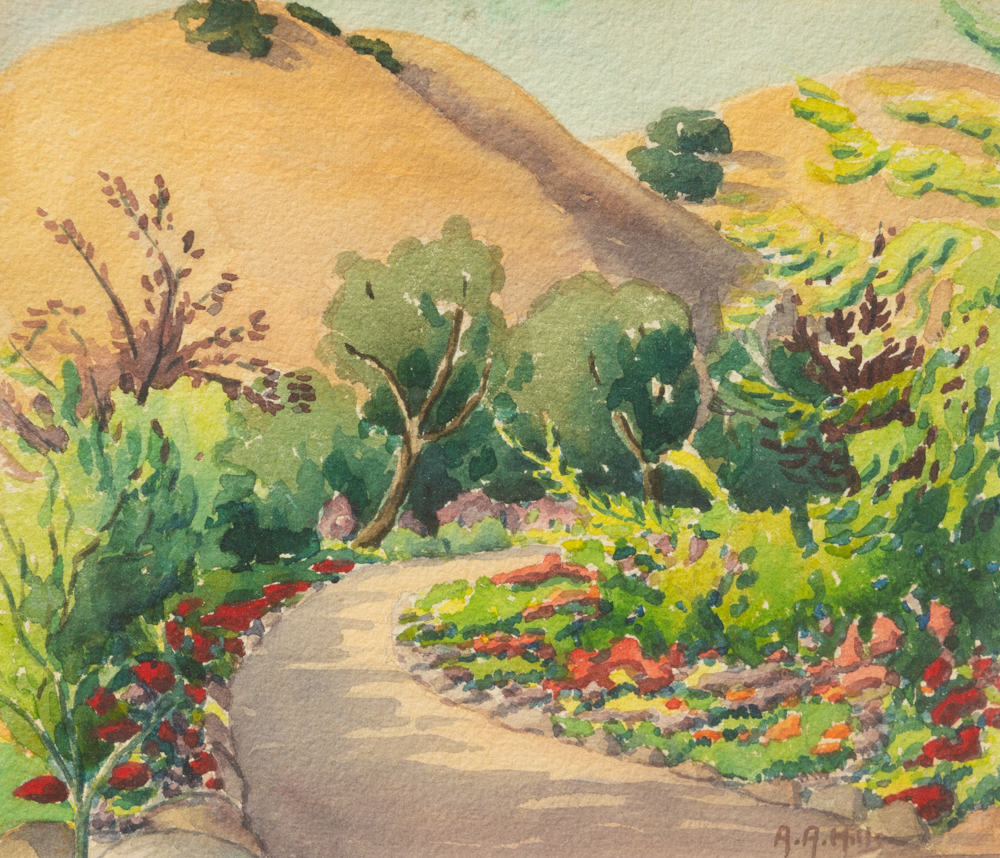 Born in Ravenna, Ohio, Anna Althea Hills was a prominent California landscape painter who was also remembered as a civic leader in Laguna Beach. In addition to painting in her native state, she was active in Arizona.

She was raised in Olivet, Michigan, and attended Olivet College. She studied at the Art Institute of Chicago, Cooper Union in New York, and privately with Arthur Dow. After further study at the Academie Julian in Paris and traveling throughout Europe for four years, she moved to Laguna Beach in 1913 and was painting in Arizona as early as 1914.

The landscape of the West inspired her to adopt a light, colorful Impressionist palette. In spite of a severe spinal injury, she took adventurous painting trips into remote mountain areas. She also supervised a Sunday School for ten years, and was a six-year president of the Laguna Beach Art Association and helped raise funds to build the existing museum.

Her early works of genre and interiors were much darker than her later California landscapes and marine scenes. She combined watercolor and oil and painted in a decorative style.
Sources:
Edan Hughes, Artists in California, 1786-1940
Phil and Marian Yoshiki Kovinick, Encyclopedia o