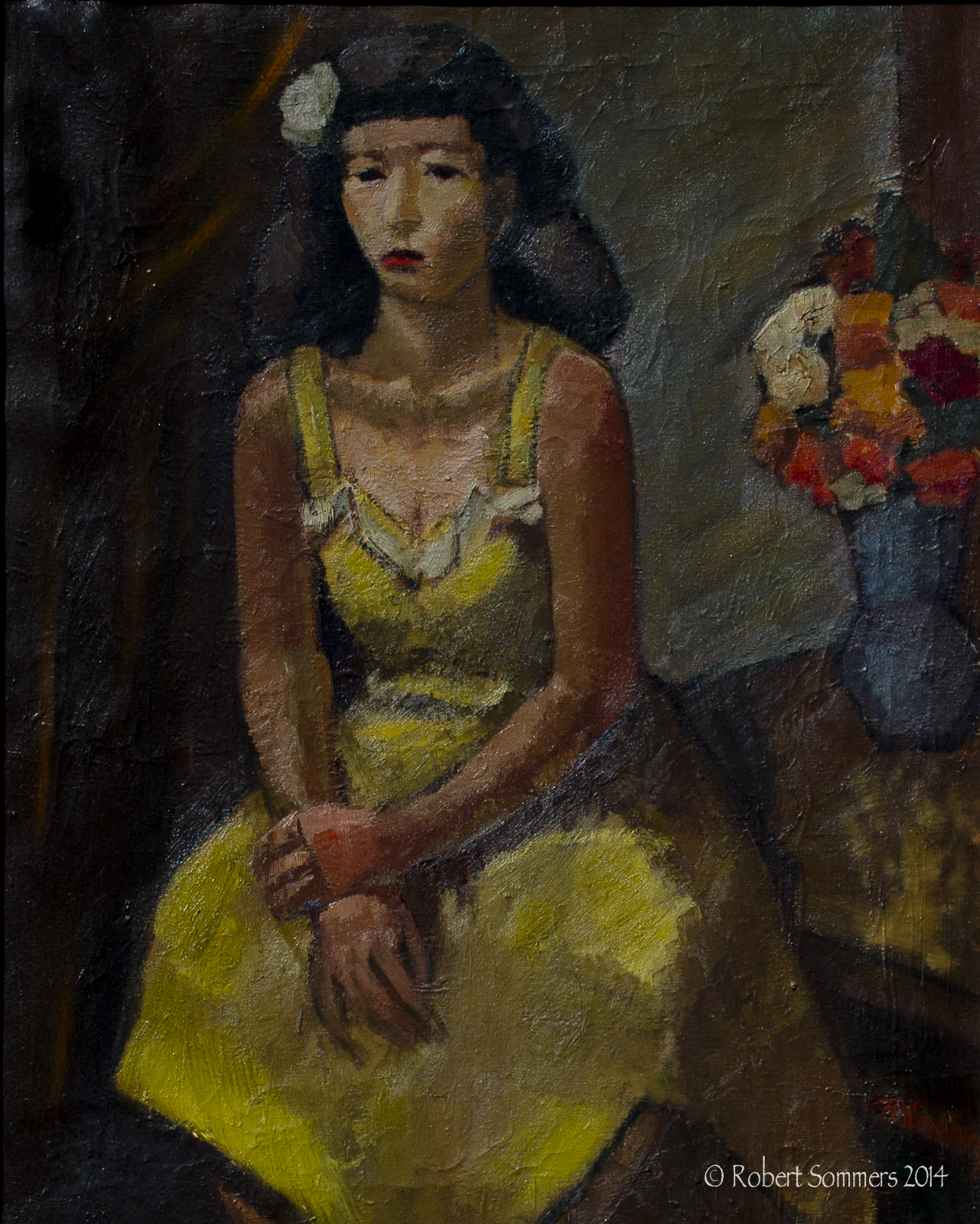 A painter, Herbert (Bert) Cressey was born on a ranch near Compton, California on  June 10, 1883.  Bert” Cressey studied at University of Southern California under Wm Lees Judson, Art Students League of Los Angeles under -Warren Hedges, National Academy of Design under Robert Henri, and in Spain, England and France.

He painted and -maintained a studio on the family ranch in Compton until 1920.  He then built a studio- -home in Hollywood.  At the outbreak of WWII he began working in a movie studio where a work-related accident was the cause of his death on Aug. -18, 1944.

An exponent of modern art, his style was broad and decorative.  The Cressey ranch was -given to the city of Compton and is now known as Gonzales Park.