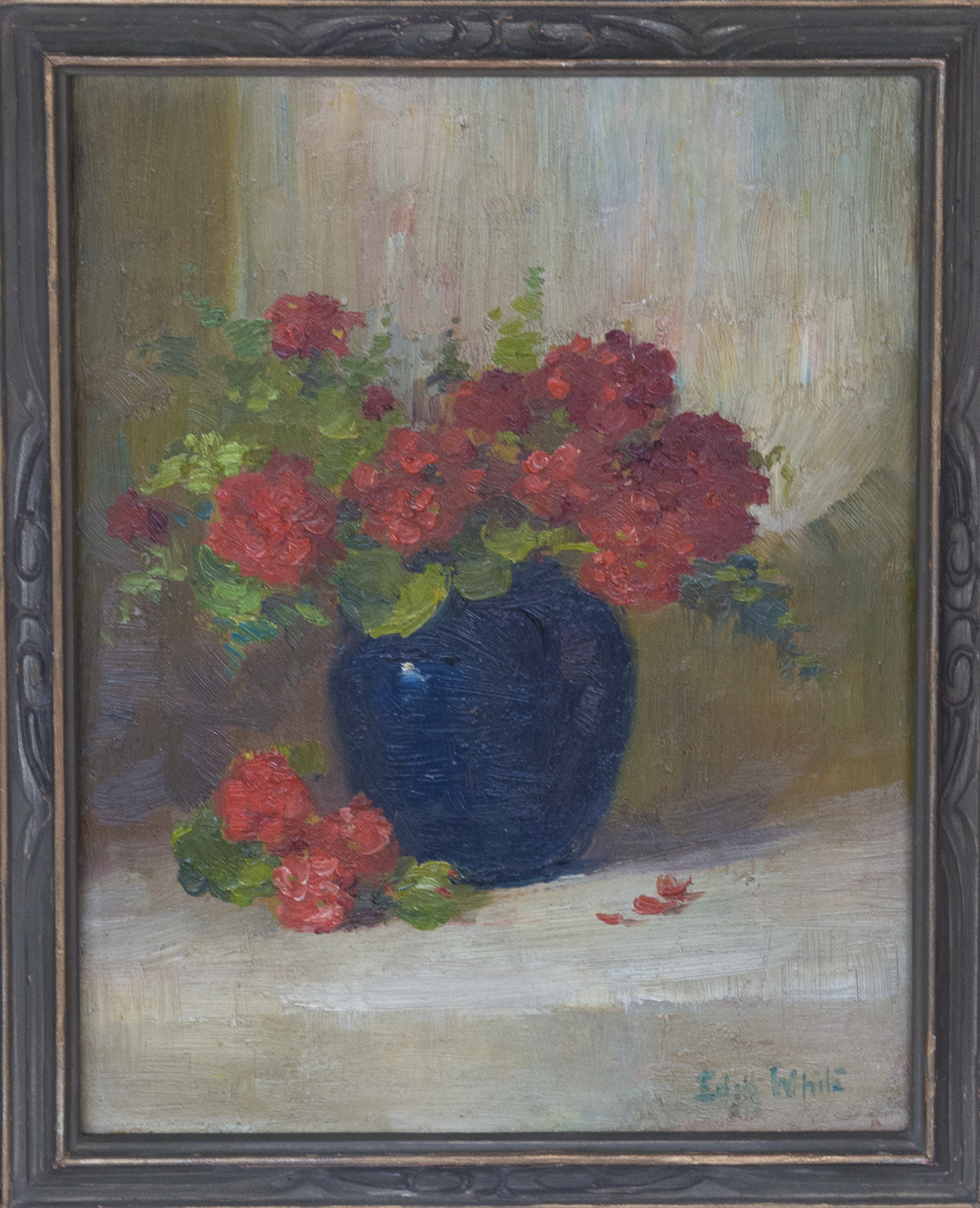 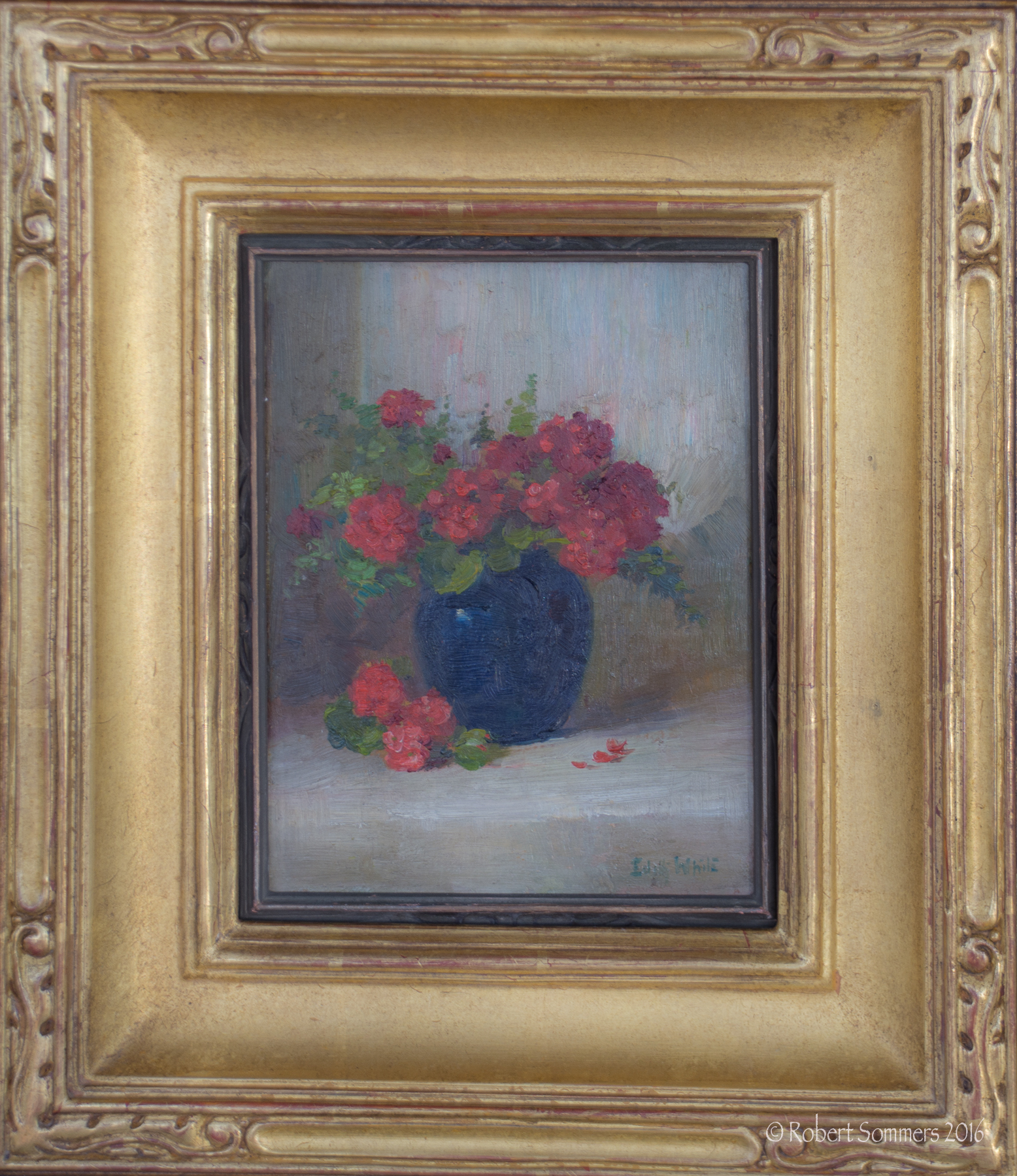 beautiful  painting – with a light on it it just glows…

Born near Decorah, IA on March 20, 1855, Edith White, at age four, came across the plains with her family in an ox-drawn wagon. Upon arriving in California, they settled in a mining camp in Nevada County. After graduation from Mills College in Oakland in 1874, she studied art at the School of Design in San Francisco under Virgil Williams and later at the ASL in NYC. In 1882 she established her first studio in Los Angeles and after 1892 lived in Pasadena with a studio in the Green Hotel. While there she was a cofounder of the local art association in 1896. As a member of the Theosophical Society, in 1902 she moved south to Point Loma and taught art at the Raja Yoga Academy. By 1930 she had returned to northern California and established a home in Berkeley at 2801 Russell Street. At her studio there she continued to teach and paint into her old age.