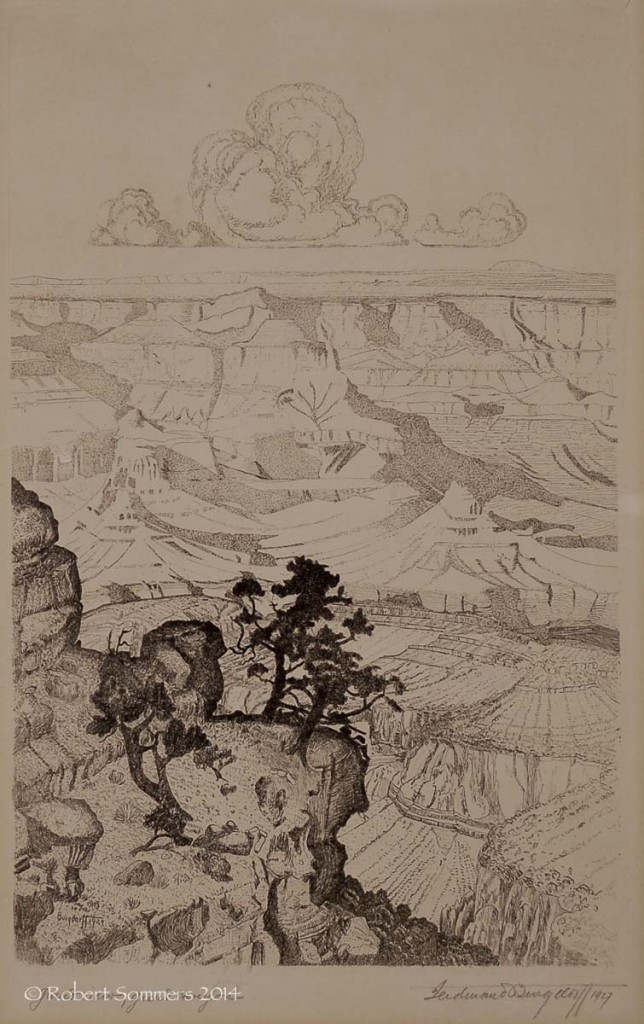 Born in Cleveland, Ohio, Ferdinand Burgdorff studied at the Cleveland School of Art and in Paris with Rene Menard and Florence Este. In 1907, he headed West with the intention of becoming a desert landscape painter. He lived in box cars with railroad builders on the stretch of line between Yuma and Calexico and traveling by wagon or horseback, accompanied surveyors on many trips into the desert. Of this time he wrote: “There were such exciting things to see and paint, undisturbed by a single human within miles” (Widening Horizons).

He also worked for a period in Santa Fe, New Mexico, where he painted the sandy wastes near Albuquerque in the region known as the Sandia. He then moved to California where he was an illustrator for The Sunset magazine, then a new publication. Many of the paintings he had made earlier were reproduced in this magazine.

In California, he first lived in Carmel where he was an active member of the Carmel Colony. He later settled in nearby in Pebble Beach, building a home on Rondo Road. In 1911, he took an exhibition of his desert paintings back to his home town of Cleveland, and sold enough to finance a two-year trip around the world. His main objective was to see Greece and Egypt because they were ancient desert worlds. He also painted along the Nile, which reminded him of the Colorado River.

When he died, he was the oldest working artist on the Monterey Peninsula, having painted many coastal views and abandoned mining towns in pastel, oil and watercolor. From 1907 to 1924, he made numerous painting trips to the Grand Canyon and the Hopi Reservation in Arizona. His work was both realistic and romantic, conveying a sense of mystery and drama in his landscapes.