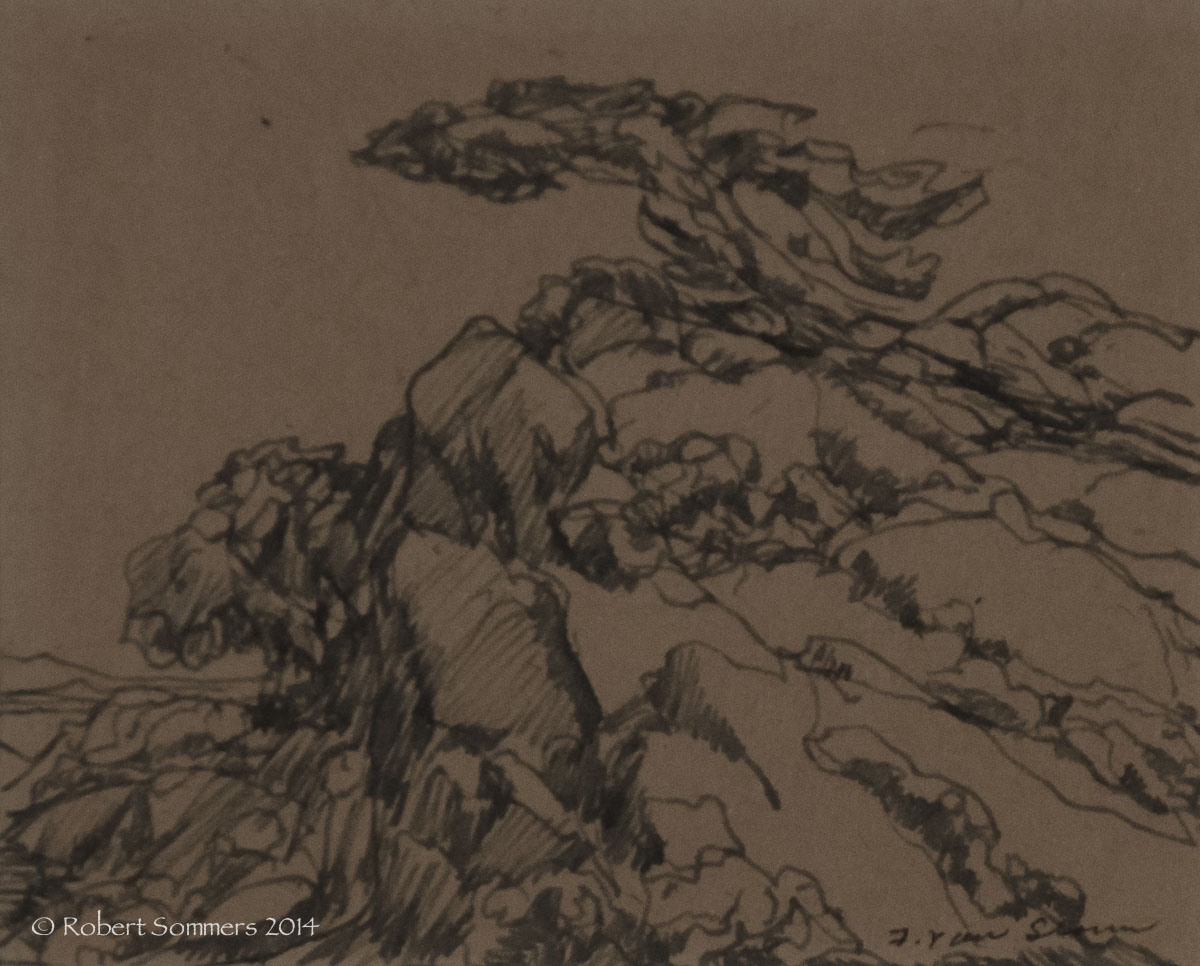 Born in St Paul, MN on Nov. 4, 1879. During Van Sloun’s youth his interest was divided between sports and art. He studied for two years at the St Paul School of Fine Arts and, after signing with the St Paul team to play professional baseball, abruptly decided to go to NYC to pursue an art career. Arriving in 1900, he studied at the ASL under Robert Henri and the Chase School. While there, he allied himself with the Society of Independent Artists and helped organize their first exhibition in 1910. On his first visit to San Francisco in 1907-08 he spent six months and in 1911 settled there. He taught at the CSFA (1917), for one year at the ASL in NYC (1919), and in 1926 joined the faculty at UC Berkeley while maintaining a studio in his home in San Francisco at 1617 California Street. During the last decade of his life, he gained wide fame as an artist and an educator. He died in San Francisco on Aug. 27, 1938 while preparing murals for the GGIE. An adherent of the Ash Can School, Van Sloun’s works were inspired by typical Americans in everyday life. During his career he used such varied styles as Impressionism, Pointillism, and Realism. His oeuvre includes oils, pastels, and tempera compositions as well as etchings and monotypes. Member: Internationale des Beaux Arts et des Lettres (1909); SFAA; Calif. Society of Etchers; Society of Mural Painters; Carmel AA; Bohemian Club. Exh: SFAA, 1908-38; PPIE, 1915 (bronze medal); Bohemian Club, 1922; Galerie Beaux Arts (SF), 1926; GGIE, 1939; CPLH, 1942 (solo); Triton Museum (Santa Clara), 1968 (solo); CHS, 1975 (solo). In: CSL; Mills College (Oakland); Canterbury Hotel (SF); Elks Club (SF); Bohemian Club (murals); CHS; State Library and Court Bldg (Sacramento); Mark Hopkins Hotel (SF), Room of the Dons (with Maynard Dixon); Oakland Museum.
Source:
Edan Hughes, “Artists in California, 1786-1940”