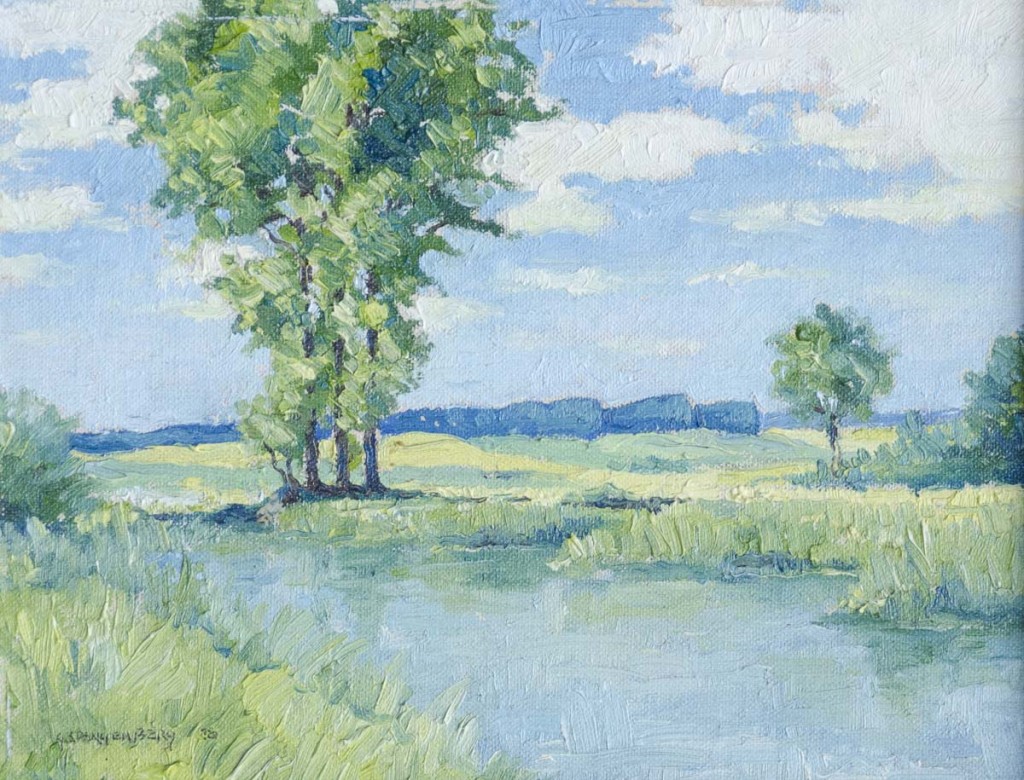 Painter. Born in Buffalo, NY in 1907. Although color blind, Spangenberg left formal education at an early age to pursue an art career. He studied at the Buffalo School of Fine Arts, with John Carison and Charles Burchfield. While in Buffalo he lost three fingers from his right hand while painting a mural on the side of a bank building. He moved to southern California in the 1930s and eked out a living. Destitute, he often traded his paintings for food and art supplies. In the late 1940s he moved to Virginia before settling in Buffalo, NY where he became a member of the Niagara Art Guild. A Christian Scientist, he shunned medical treatment and died at age 57. Shortly before his death in 1964, his studio burned with most of his life’s work. Fortunately, his California works had remained in the San Diego area and have since become collectable. Although he did portraits and still lifes, his main subject matter was rural San Diego county.