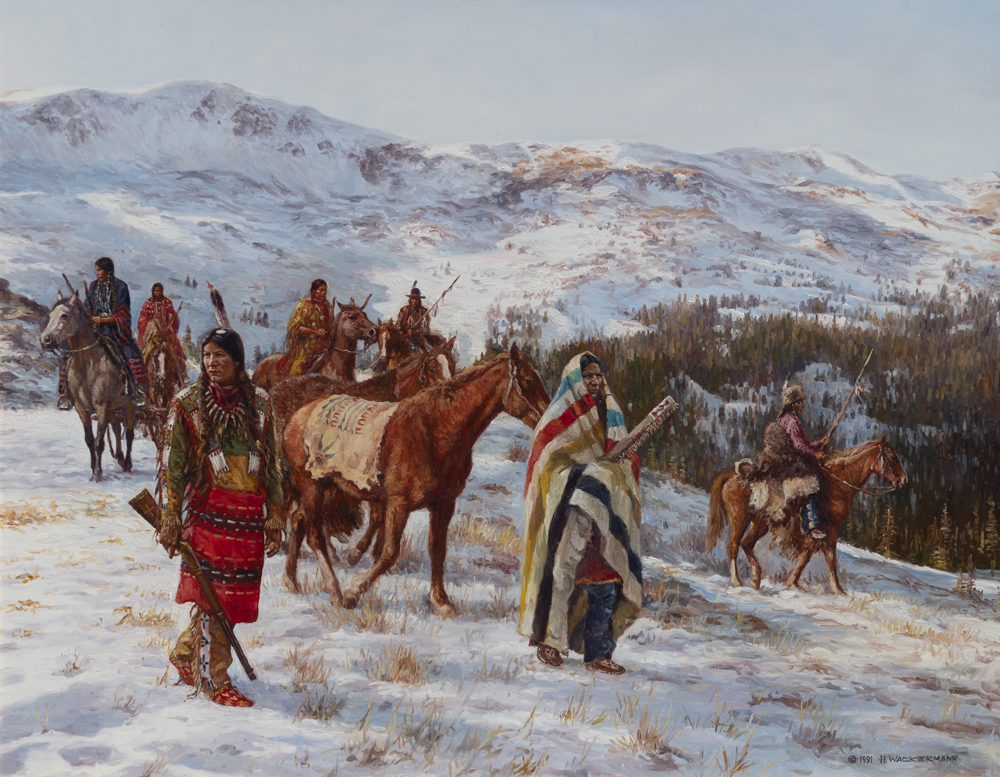 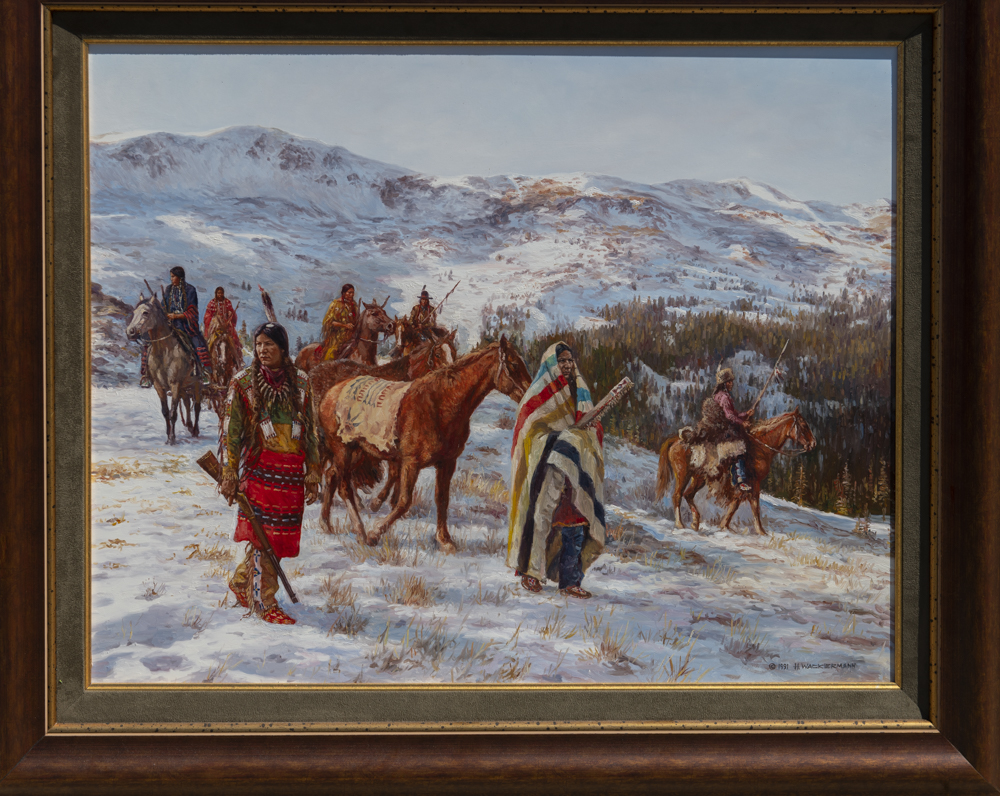 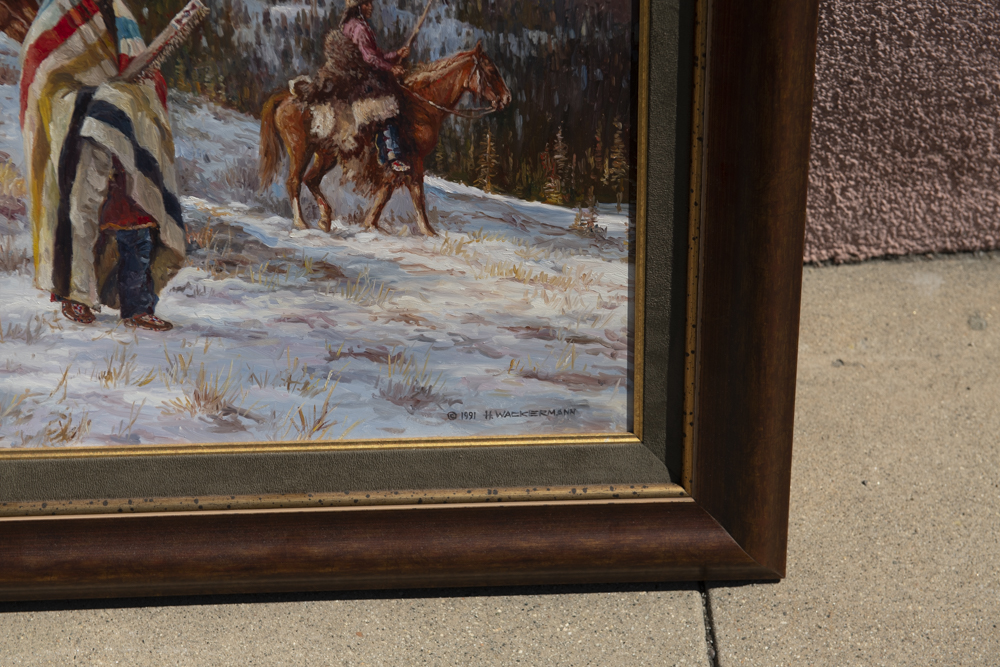 Though born and educated in West Germany, Hubert Wackermann depicts his favorite subject matter: the North American Indian, his natural surroundings, and relevant wild life. Mr. Wackermann’s depiction of the Native Americans is the result of an intimate knowledge of his subject matter through travel, study and living with different tribes through the years. Thus, the prime characteristic of his work is authenticity enhanced by detail and the constantly changing hues of nature’s colors.

Hubert Wackermann was born in Solingen, West Germany, in 1945. He became interested in North American Indians at an early age, and spent numerous hours studying and researching his favorite subject in anthropological museums and libraries.

Mr. Wackermann’s first study trip to North American in 1969 provided the opportunity to visit the Indians of Canada. Subsequent trips to Canada, the United States and Mexico in 1971, 1973, 1974, and 1975 provided further opportunities to more thoroughly research the Native American Indians, their culture and lifestyle.

Upon immigration to Canada in 1976, Wackermann lived for a year on the Six Nations Iroquois Reservation in Southern Ontario. During this time, he taught art classes to Native American children, and had the opportunity for more in-depth studies.

In 1977, Mr. Wackermann immigrated to the United States through Puerto Rico, where he was married. In 1980, Mr. Wackermann, his wife and three children settled in Rio Rancho, New Mexico. This relocation provided occasion for continued study and observation of Native Americans in the Southwest.

Mr. Wackermann attended the Georg Westermann Printing office in Braunschweig, West Germany for three years where he studied watercolor, pencil, pen and ink, crayon, tempera, gouache, lettering and design. Building on this broad foundation, he later attended the graphic school Bad Pyrmont, West Germany for two more years where he pursued additional studies in the aforementioned areas plus photography, silkscreen, brush and ink, landscape and composition. Another five years of study at the Art Academy in Dusseldorf, West Germany followed. Mr. Wackermann received a degree of Master Student of Art and was also certified as an art teacher.

Mr. Wackermann has had shows in West Germany, France, Egypt, and Canada as well as Denver, Colorado, San Diego, California, Albuquerque, New Mexico and most recently at the Booth Museum of Western Art in Cartersville, Georgia to which museum he has recently donated one of his original paintings that hangs as part of the museum’s permanent exhibit.