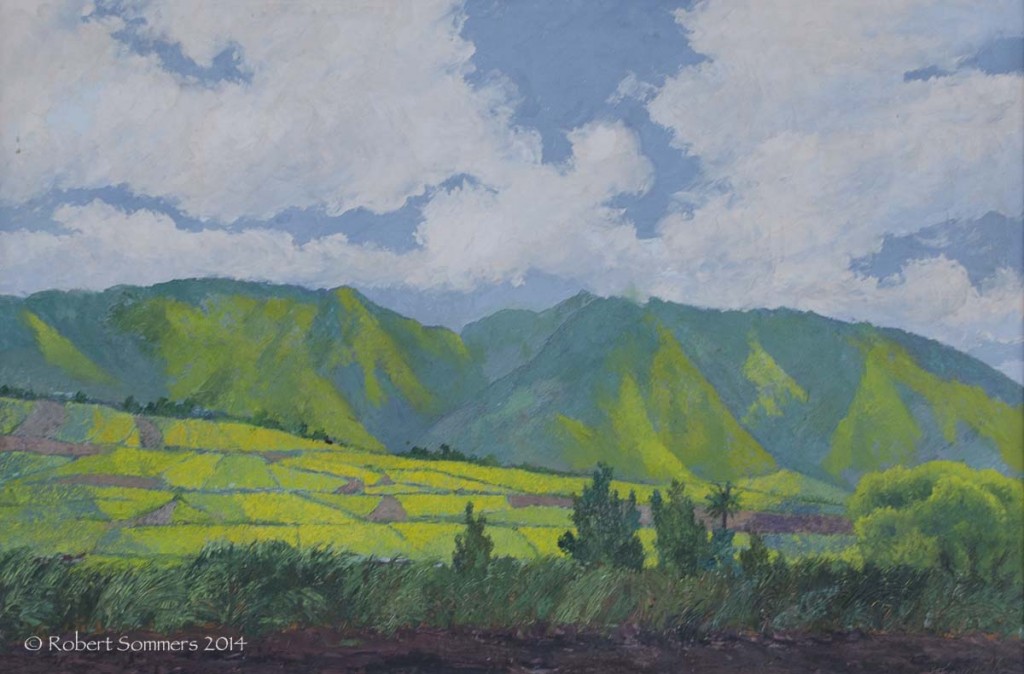 Born in Carrington, North Dakota, John Hilton is known for desert landscape painting as well as scenes with cowboys, horses, and cattle. He was also a poet, musician, geologist, miner, and entertainer.

His father was a baker, and the family lived in a shack on a farm. When he was four, he went to China with his mother and father, who became a missionary. There he met Chinese bandits, philosophers, and walked along the Great Wall by the time he was age 10. The family was separated during the Sun Yat Sen revolution, and thinking the father was dead, the mother returned to North Dakota where the father eventually found them.

John moved to Los Angeles in 1918 and worked for a gem company, but it folded during the Depression. Then he designed jewelry for Hollywood film stars and sold stones world wide.

In the 1930s, financially broke, he moved to the desert determined to become a painter and supporting himself as a singer and guitar player. He also operated a curio shop near Indio, California, and from that time lived either in the desert or at Twenty-Nine Palms.

Sketching trips with Maynard Dixon, Nicolai Fechin, Jimmy Swinnerton, Orpha Klinker, and Clyde Forsythe influenced his style. He combined a beeswax mixture with his paints that gave his landscapes a special lustre. He wrote and illustrated several books including Sonora Sketch Book, 1947, and Hilton Paints the Desert in 1964. His illustrations appeared in the Los Angeles Times and the Saturday Evening Post.

He was highly successful financially and was elected to the Grand Central Galleries in New York where he had numerous exhibitions as well as in California. Hilton has also painted many landscapes of Hawaii where he had a summer home at Lahaina, Maui.