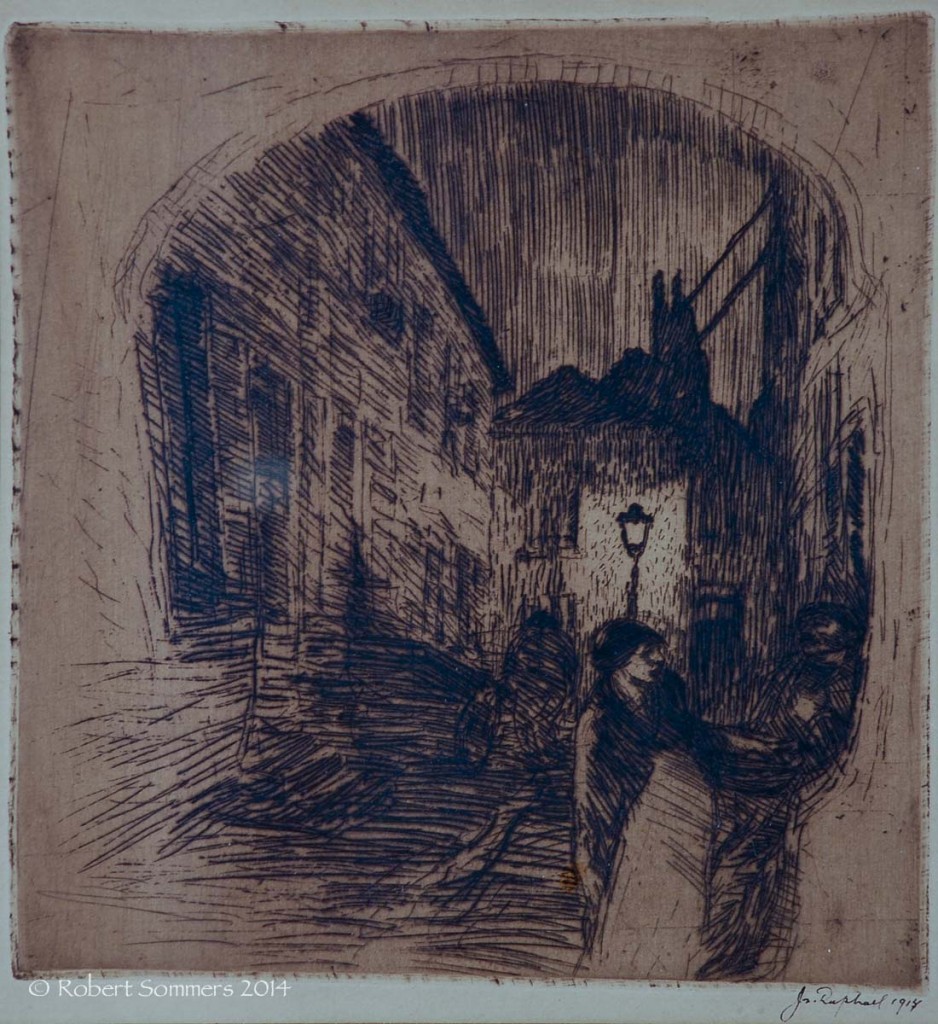 Considered a foremost exponent of pure French Impressionism, Joseph Raphael spent much of his career in Europe although California lays a strong claim to him. He was both a painter and etcher and was born in Jackson, California in 1869.

At age eighteen, Raphael began a ten-year study period at the School of Design in San Francisco under Arthur Mathews and Douglas Tilden. In 1902 he furthered his art studies in Paris at Ecole des Beaux-Arts and Academie Julian under Laurens. Europe remained his home for the next thirty-seven years, spending most of his time in Holland, France, and Belgium while his San Francisco agent exhibited his paintings regularly in local shows.

With World War II approaching, he moved to San Francisco in 1939 and maintained a studio at 345 Sutter Street until his death on December 11, 1950.

His early works were influenced by Dutch genre painting, but his proximity to the French Impressionists soon lightened his palette. Internationally known, he was one of the foremost advocates of Impressionism in California. He was primarily an oil painter, and his oeuvre also includes watercolors, etching, pen and ink drawings, and woodcuts.

He had a family of five children and often used them as models in settings of flower and vegetable gardens. He was a member of the San Francisco Art Association and the California Society of Etchers.