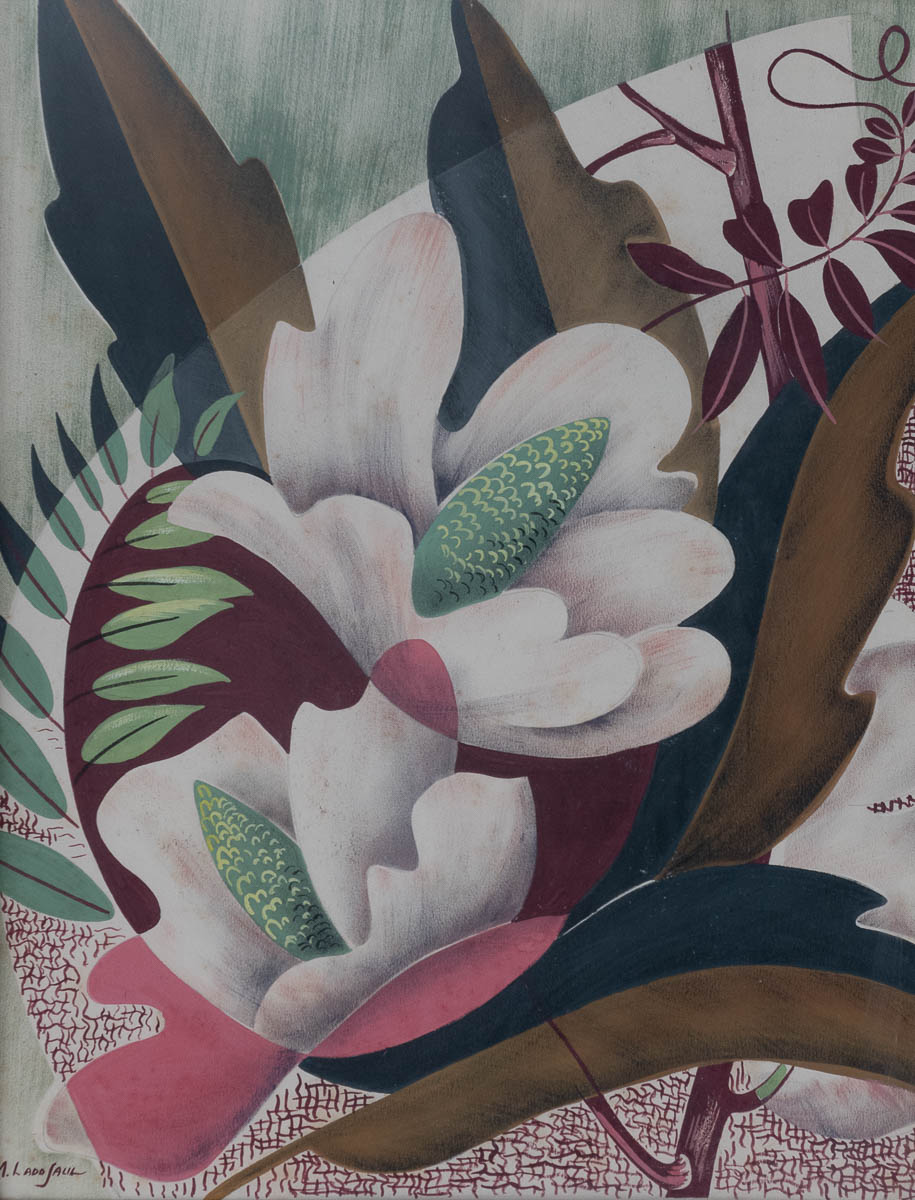 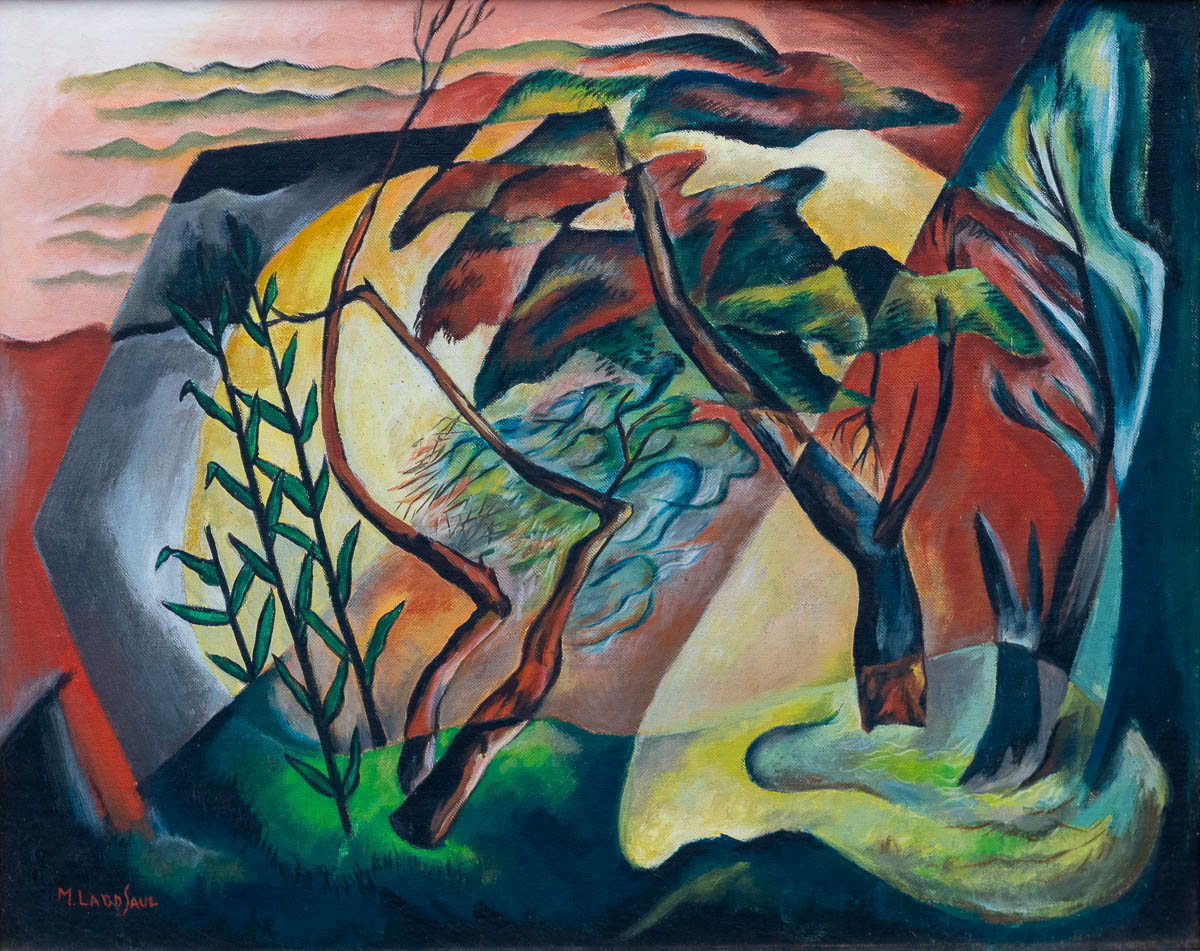 Mary Ladd Saul Minshew was a San Diego area artist for many years. Her obit:

Minshall, Mary Elizabeth Ladd SAN DIEGO — Born on December 16, 1912, Swayzee, Indiana; passed away on February 14, 2013. The daughter of Fern Cates and Boyd Ladd. Siblings: George Herbert Ladd 1908; Margaret Emily 1916; and James Howard 1921. Graduated from Ball State University in 1933 with a Bachelor’s degree in Art, she attended Cincinnati Art Academy 1933-1934. Mary worked as an “Art Supervisor” at Greenville City Schools, Ohio, from 1934 to 1939. Mary married Buford Saul on May 29, 1939 and moved from Cincinnati to San Diego in February of 1941. Mary started teaching in the San Diego School system in 1941 and received her teaching credential from the State of California in 1945. In June of 1946, Mary moved from San Diego to San Bernardino with her husband, returning to San Diego and the San Diego School system in 1949. She and Buford built a home on 1115 Sorrento Dr. in Point Loma. Mary and Buford were active members of the South West Yacht Club for many years. Mary remained in that home until her death on Valentine’s Day. She retired from teaching in 1969. Buford died in 1977 and Mary married Herbert Minshall on April 17, 1983. They added a studio at the Sorrento home as both were avid painters. Herbert died in 1991 leaving Mary to live her remaining live enjoying reading, painting and traveling. She died peacefully two months after reaching her 100th birthday. Mary had no children but taught many the basics and love of art. She is survived by numerous nieces and nephews. Mary was cremated and her ashes were placed in the sea off of San Diego where she and Buford spent many happy days.