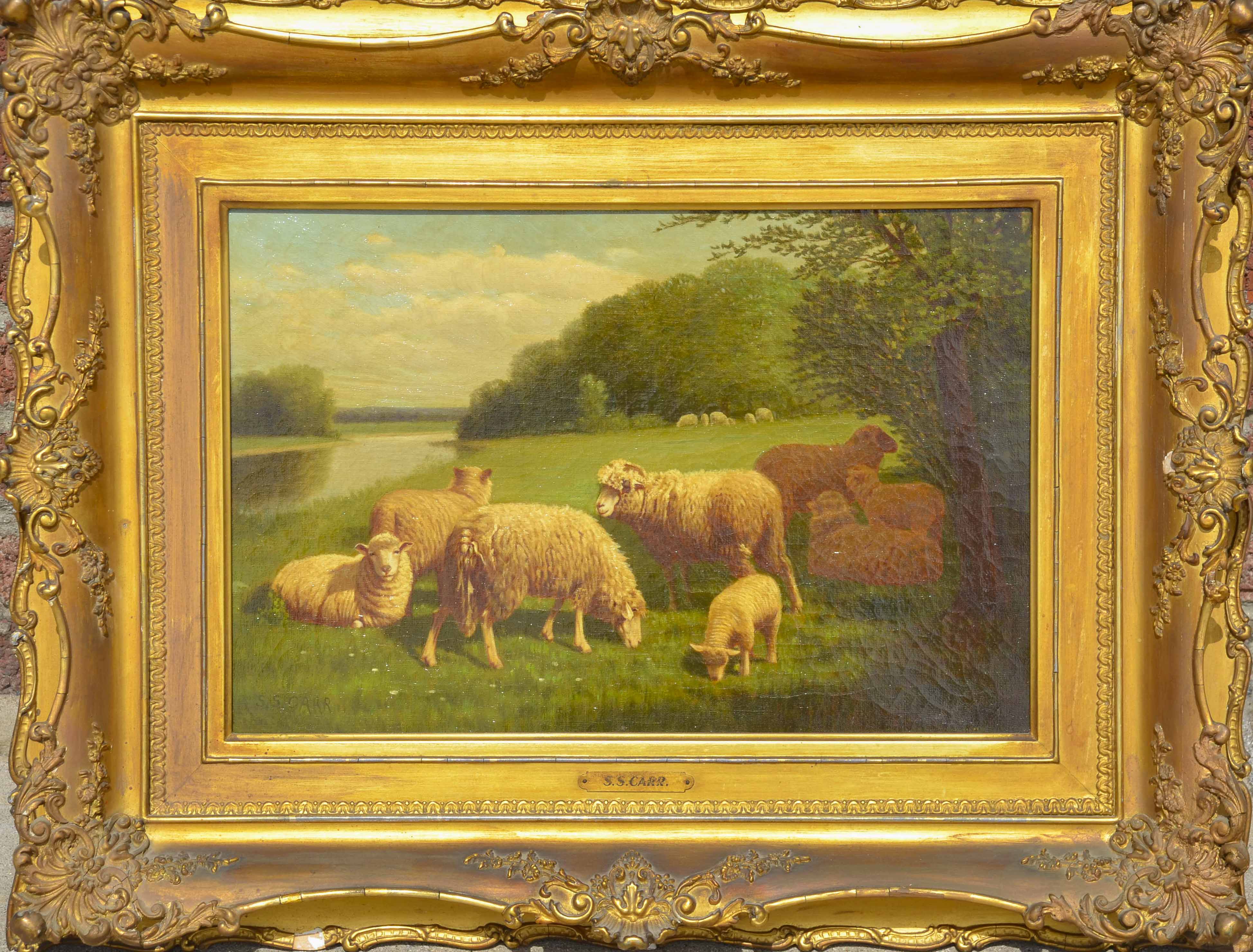 Samuel Carr was a skillful painter of children, seashore life and pastoral subjects. In his beach scenes, largely painted between 1879 and 1881, he used certain figures and shapes repeatedly, reversing them, turning them this way and that. Often the figures would not even be looking at each other. He created an odd effect that gave the painting an eerie stillness.

Typical of the popular tastes of the second half of the nineteenth century, most of Carrs pastoral scenes were filled with cattle, sheep or goats, depicting different times of day or different seasons. He and Clinton Loveridge, with whom he shared a studio made their living by painting these very competent and peaceful landscapes. Carrs paintings were considered charming and warm, and the depicted activities were always happy ones.

Little is actually known of his life. He was born in England in 1837, and came to this country around 1862. There is a record of his attendance in a mechanical drawing class in 1865 at the Cooper Union in New York City. It is known that he lived in Brooklyn from 1879 to 1907 with his sister Annie and her husband, John Bond. He remained a bachelor all his life and at one time was President of the Brooklyn Art Club and was a member of a Masonic Lodge.