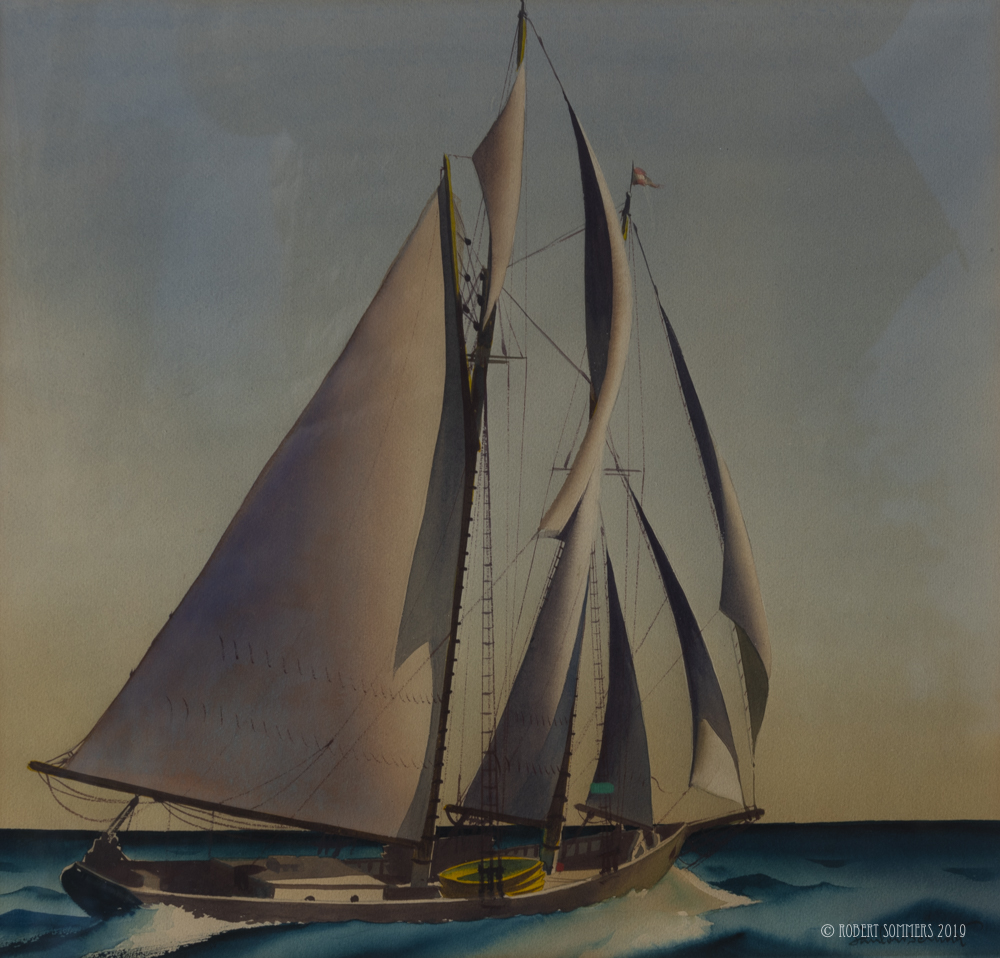 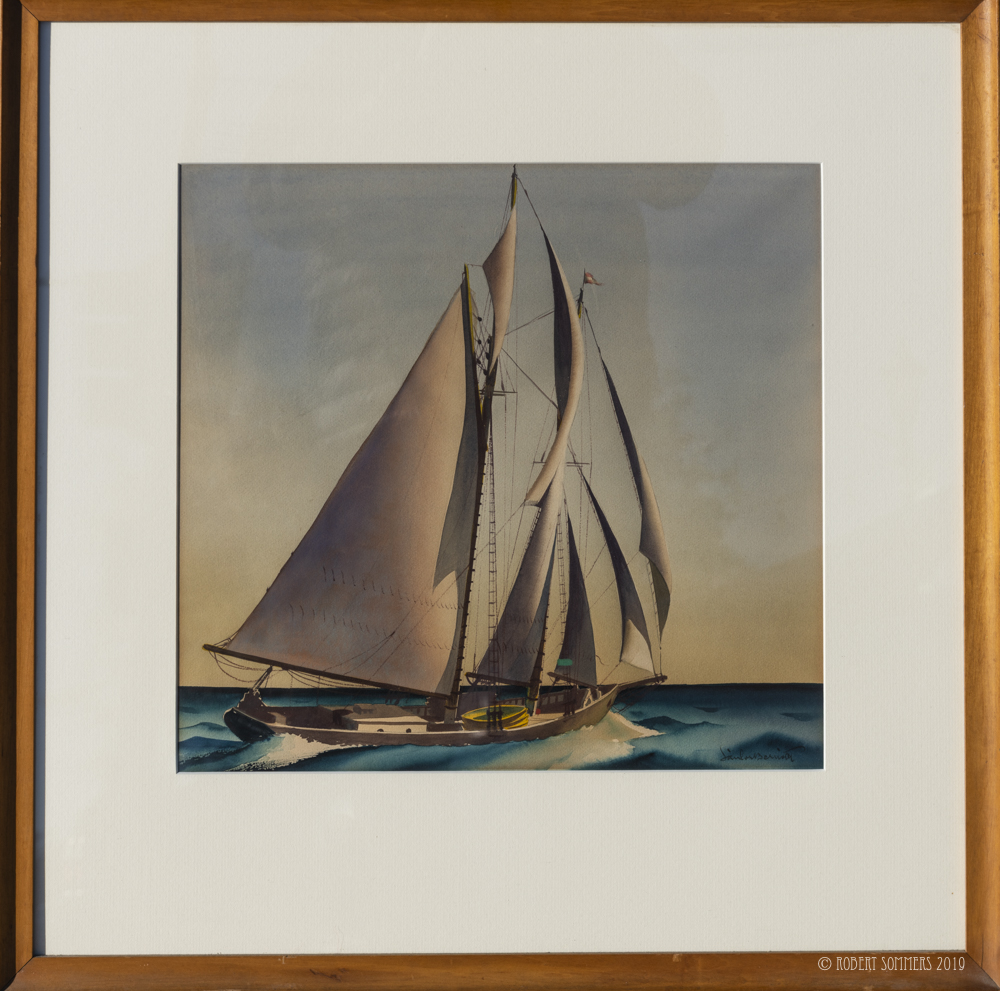 From askart: Sandor Bernath was born in Hungary in 1892, but emigrated to the United States as a youth. In the early 1920’s, Bernath was an up and coming artist in New York City. He became a member of the American Watercolor Society and the Brooklyn Society of Modern Artists. Bernath was also a student of Edward Hopper. Little is known about his education and training, but several works produced around 1922 prove that Bernath was studying abroad in France and Czechoslovakia.

His last show on record was in Brooklyn during 1927. After that, his whereabouts have been speculated to include: Maine, Pennsylvania, South America and New Mexico. It is thought that Bernath followed his contemporaries to Taos. His last listed address was found in Maine in 1945, but Sandor Bernath lived until 1984.