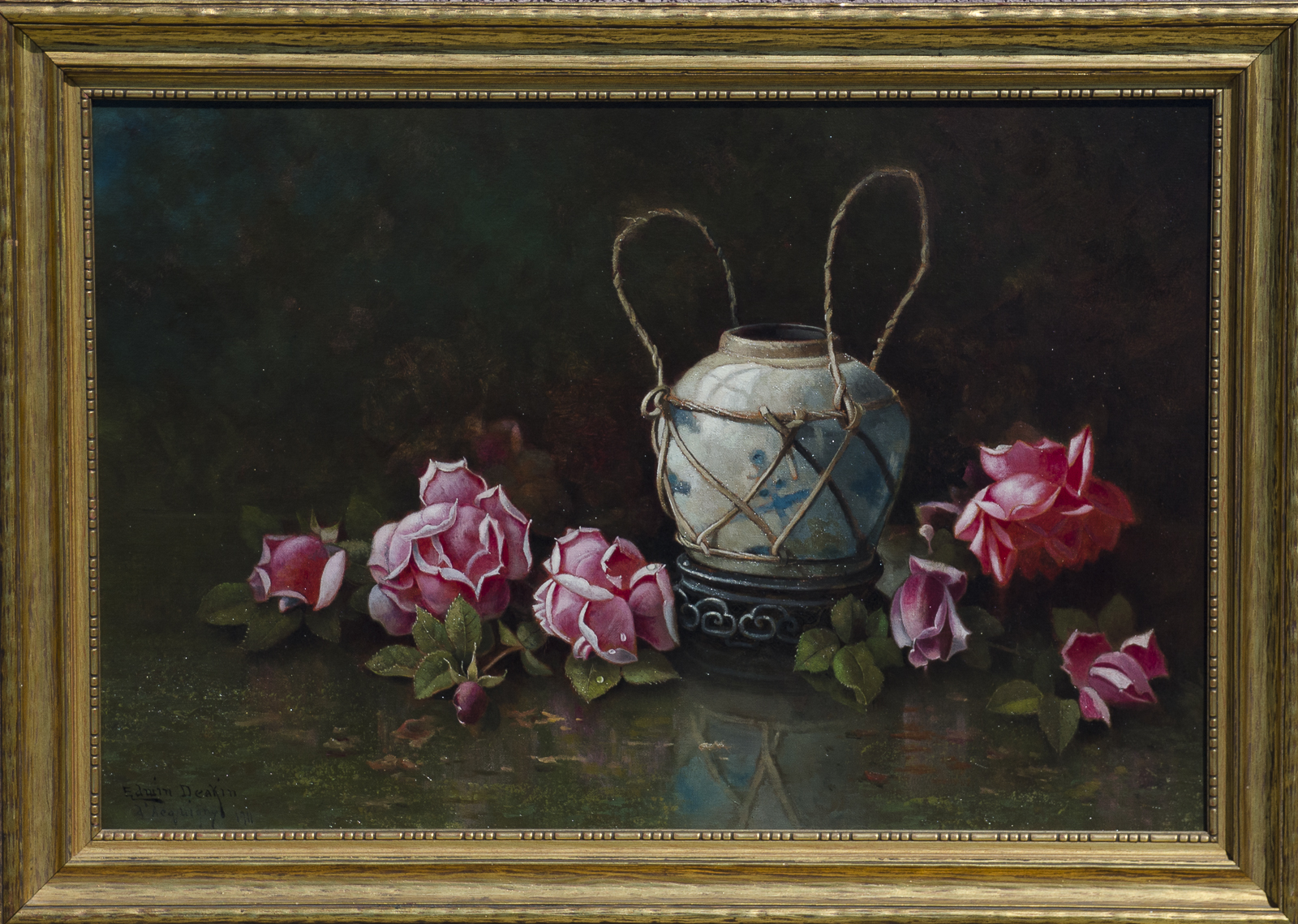 The Blue Heron Gallery is continuing its exciting summer tour – next week I am exhibiting at the new Houston Antiques Art and Design Show. After 50 years under the auspices of the Houston Antique Dealers Association, the Houston show gets new legs with Dolphin Promotions. I will be displaying a nice assortment of paintings, prints, silver and decorative objects, including a rare Picasso lithograph. 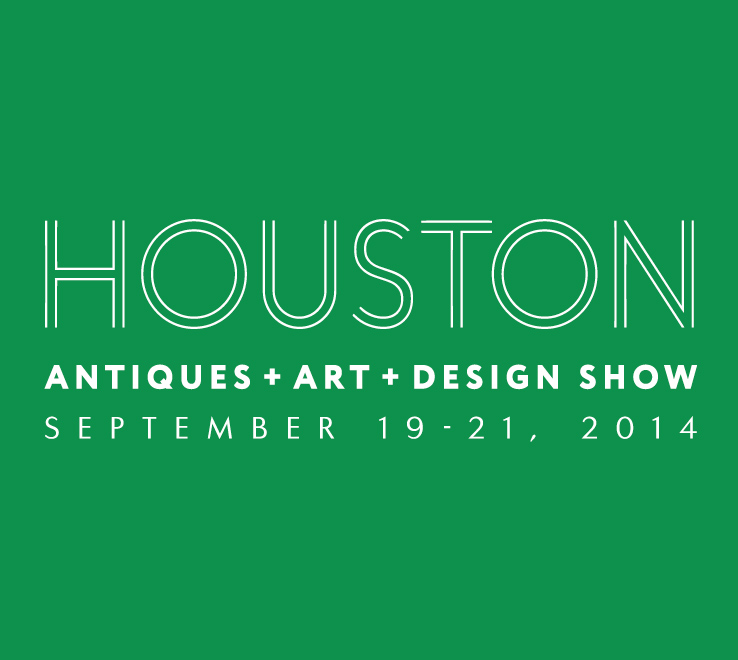 I have never done the show before and it is a hell of a long way to drive, not sure what to expect. You can find a link to the show here. If you happen to find yourself in the neighborhood, please stop on by.

And by the way, the painting shown above just came in this week, back from the restorer yesterday, the great Edwin Deakin, painted in Aquitane, France in 1911. 16 x 26″, original frame, Gumps label verso. One of the great international still life artists. Email me for more information.

Born in Sheffield, England on May 21, 1838. At age 12 Deakin was apprenticed to a decorative japanning firm where he was taught to paint landscapes on boxes and tables. This appears to have been the extent of his art training and he remained a self-taught artist. A most talented youth, by 18 he was recognized in France and his native England for his architectural paintings. After moving to America in 1856, Deakin settled in Chicago and soon was exhibiting portraits of Civil War heroes at the Chicago Art Academy. In 1870 he moved to San Francisco, established a studio, and within a few years had gained a fine reputation as a painter while exhibiting regularly with the San Francisco Art Ass’n and at the Mechanics’ Institute Fairs. He was a member of the Bohemian Club and a close friend of Samuel Brookes with whom he shared a studio. Deakin traveled and sketched in Europe during 1877-79. While there, he produced many paintings of Switzerland and France and exhibited at the Paris Salon. During 1882-83 he occupied a studio in Denver, CO and then returned to San Francisco. His last years were spent in Berkeley, CA where in 1890 he purchased a large tract of land which was a portion of the old Peralta land grant. He built a Mission-Style studio on the property and remained there until his death on May 11, 1923. Later the property was subdivided and a street named for him there. Having developed an early enthusiasm for ruins and historic architecture, in later years Deakin turned to painting these sharply delineated scenes in a style that was termed “romantic, picturesque, and nostalgic.” Most of his paintings are characterized by the skillful rendering of architectural surfaces. Most famous for his series of mission paintings, from 1879 until the turn of the century he painted two sets in oil and one in watercolor of the 21 missions. His legacy to California also includes skillfully rendered paintings of grapes, Chinatown genre, and scenes of the disaster of 1906. Exh: SFAA, 1872-85; Mechanics’ Inst. (SF), 1875-87; Calif. State Fair, 1876-89; Alaska-Yukon Expo (Seattle), 1909; De Young Museum, 1940; Oakland Museum, 1962, 1971, 1992; Whitney Museum, 1981. In: De Young Museum (Flaming Tokay); Natural History Museum of LA (missions); Oakland Museum; CHS; Society of Calif. Pioneers; Nevada Museum (Reno); Orange Co. (CA) Museum.