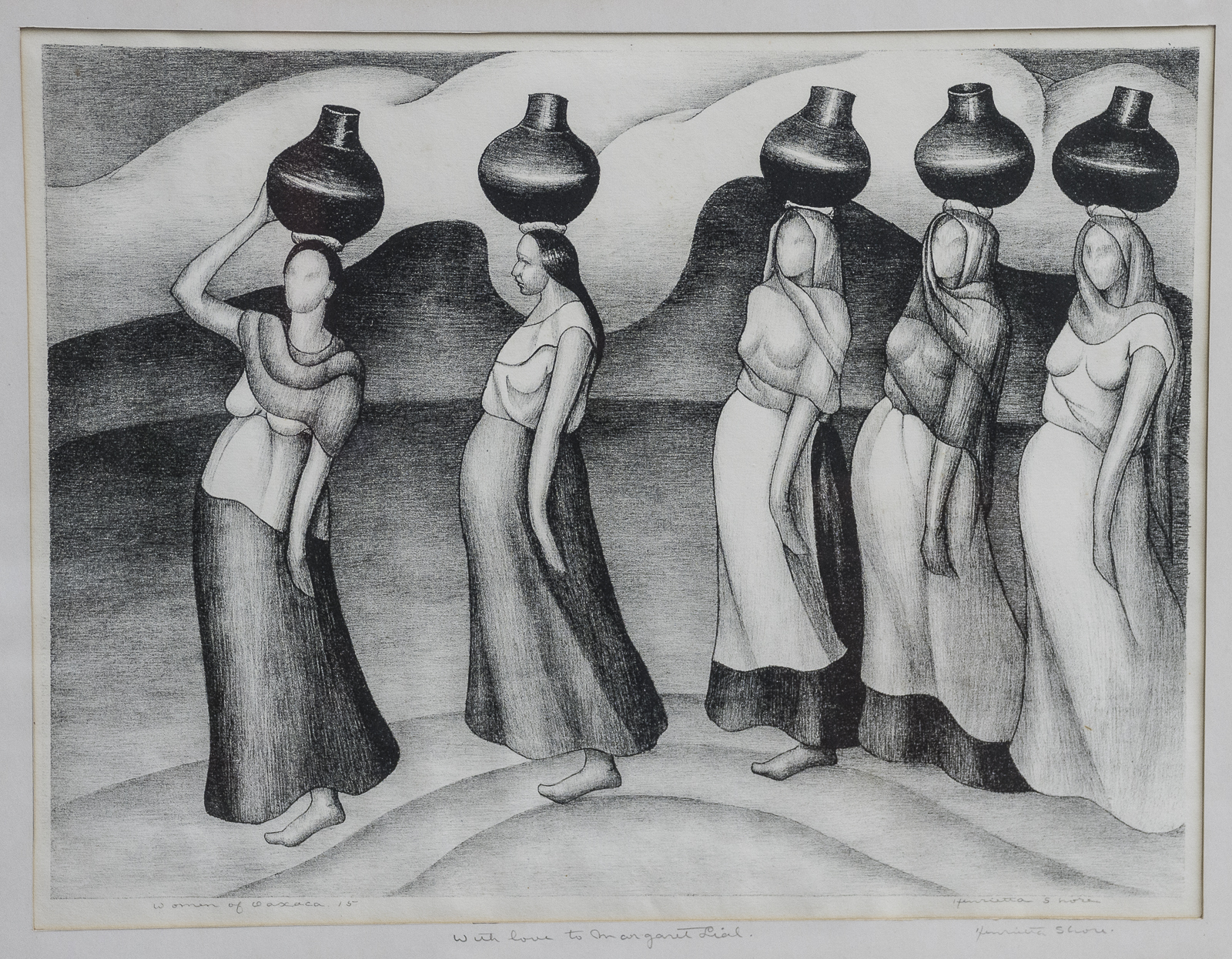 While in London she continued at the Heatherly Art School and was the only private pupil of John Singer Sargent who greatly influenced her work. After arriving in Los Angeles in 1913, she became active in the local art scene and was a founder of the Modern Art Society. She maintained a studio in Los Angeles until 1920 and then led a peripatic existence: Newfoundland (1920), Maine (1921, NYC (1920-23), Mexico 1927-28), and San Francisco (1928-29).

Shore was internationally known when an invitation to exhibit brought her to the Monterey Peninsula in 1930. After establishing a studio in Carmel, she remained and continued painting. Penniless, she spent her last few years were in the State Mental Hospital in San Jose, CA where she died on May 17, 1963.

Her early works were realistic but matured into impressionist and semi-abstract forms. Her visual repertoire includes landscapes, figure studies, portraiture, and floral still lifes. Robert Henri hailed her as one of the great women painters of her time.

Henrietta Shore and her Work by Merle Armitage was published in 1963, and a chapter was devoted to her in the 1939 book entitled Art from the Mayans to Walt Disney by Jean Charlot.