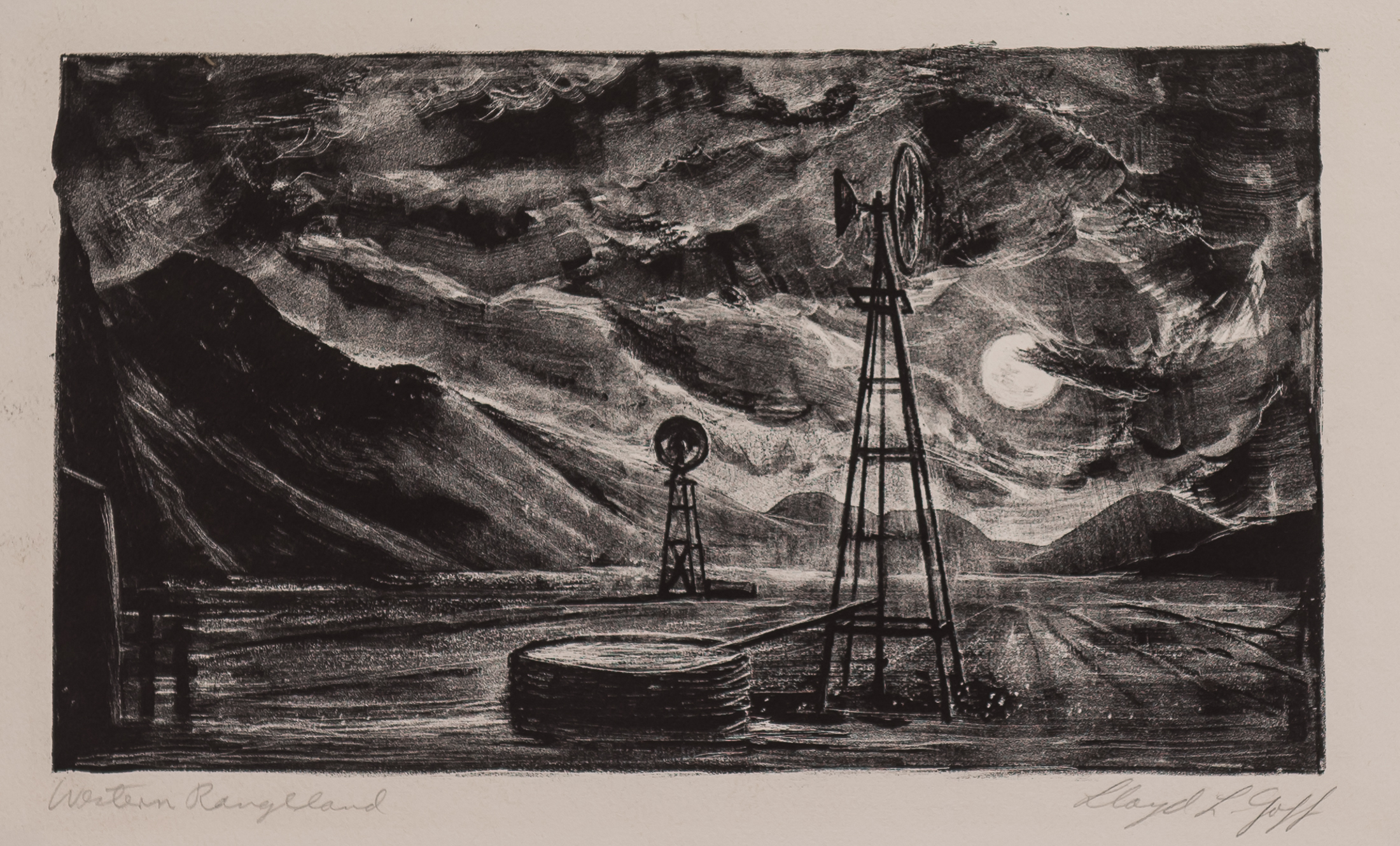 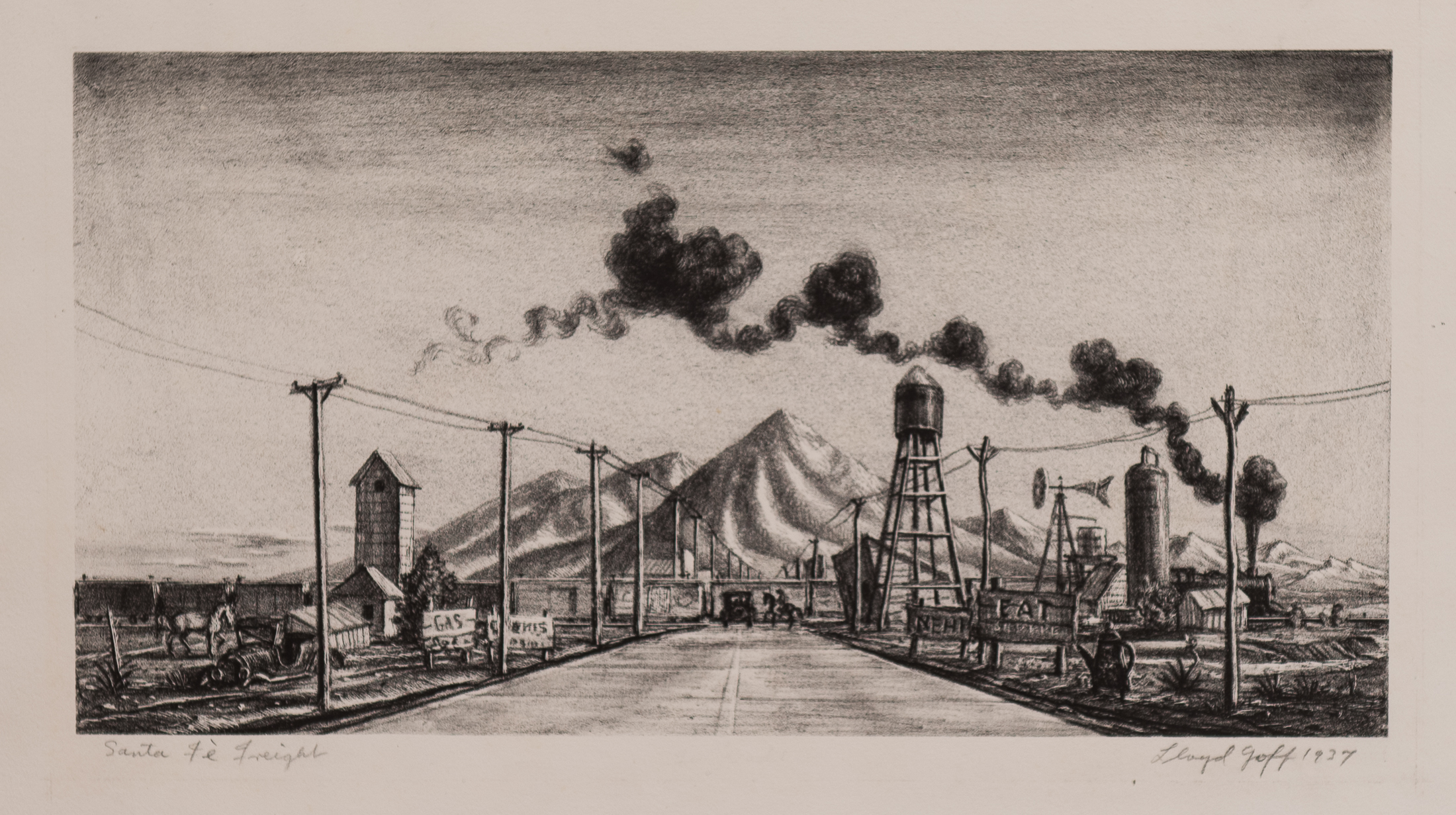 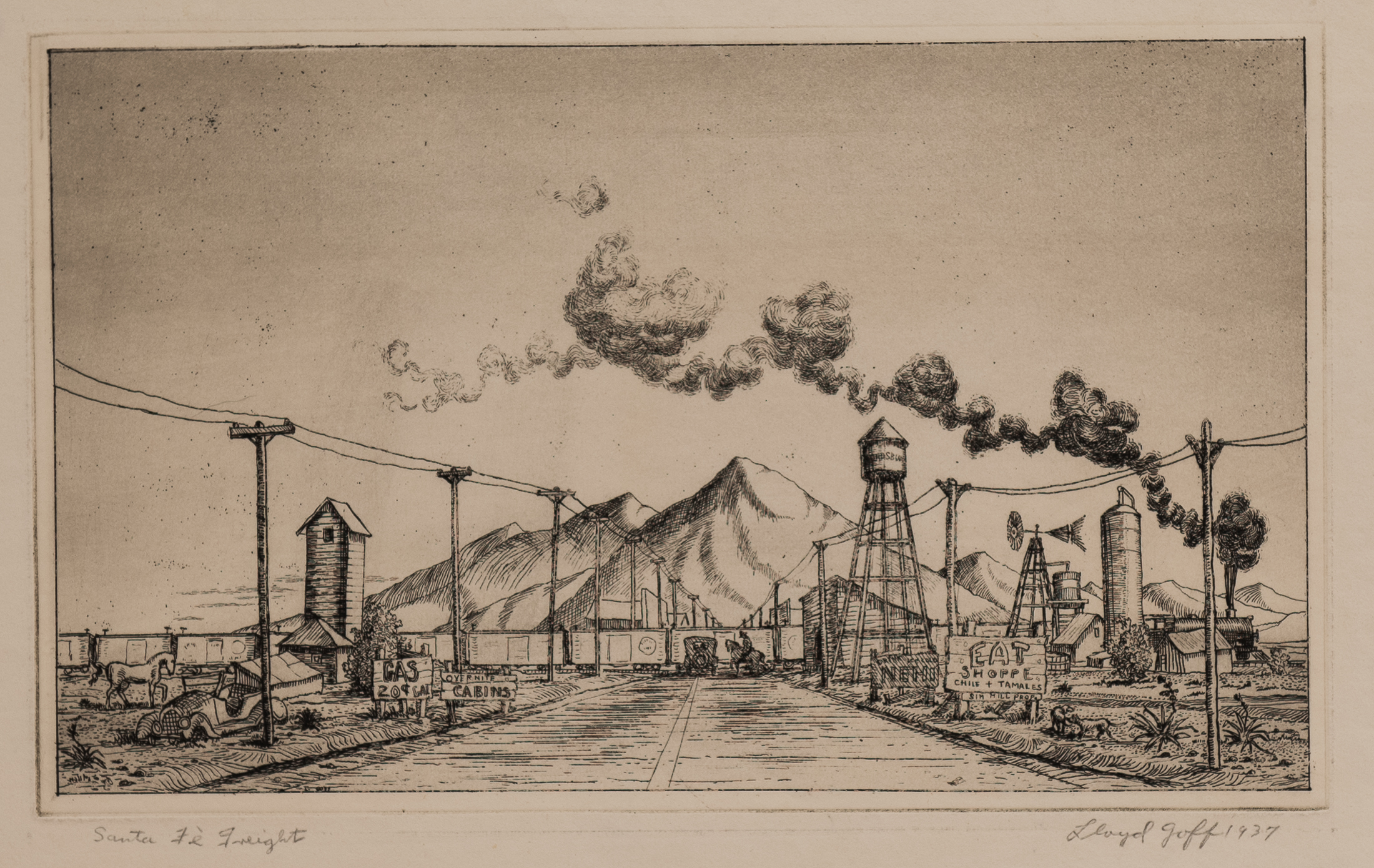 From Wikepedia : Lloyd Lozes Goff was an American painter. Goff died in 1982.

Goff was born in 1908 in Dallas, Texas. He studied at the Art Students League and the University of New Mexico. His academic work at the University of New Mexico led to his becoming Assistant Professor of Art and Acting Head of the Art Department from 1944-47. He illustrated two books published in 1949, New Mexico Village Arts and Golden Footlight’s He also wrote and illustrated two children’s books about migratory birds, Run, Sandpiper, Run and Fly, Redwing, Fly.